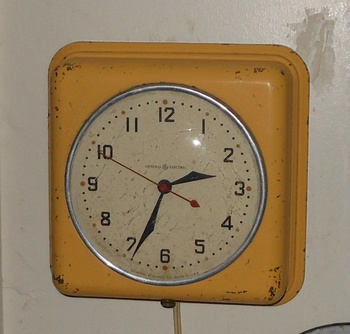 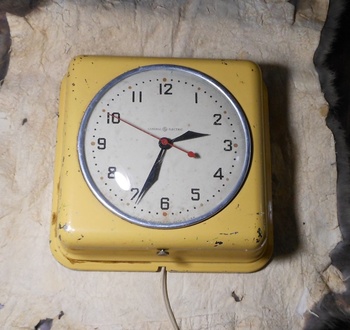 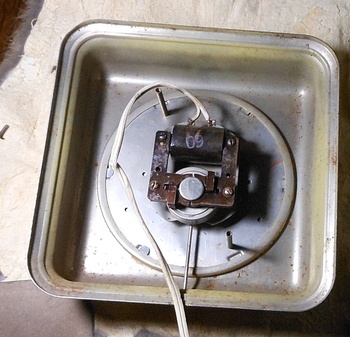 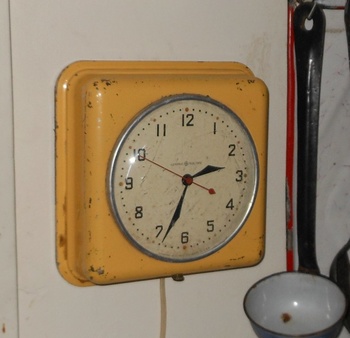 Got this along with my scale from Western Germany. Apparently as they were both yellow they were being sold as a set.
Closest match for this one is the Model 2H08 which seems to be a slightly earlier version. The 2H08 was from the 1940s and had a red light which came on if power had been interrupted.
This one has the same 7" x 7" steel frame but no red light. Most likely this is from the 1950s.
They came in various colors including red and turquoise.