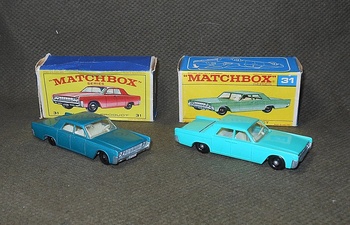 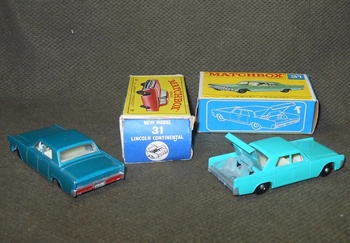 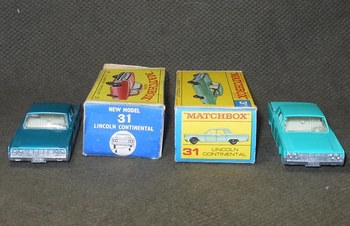 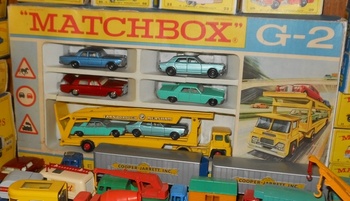 A two 4 post. One model is the original from 1964 in the E style box only sold in early 1964. The box was changed a bit in mid 1964 with a different end flap similar to the F style box also shown.
The original had a blue metallic paint job. The car was never red as shown on the box.
The features on this model were the opening trunk and working suspension seen on the end flaps of the E box.
In 1968 it was released in the F style box and painted a flat turquoise. In addition it was included in the G-2 Car Carrier gift set as seen in photo 4.