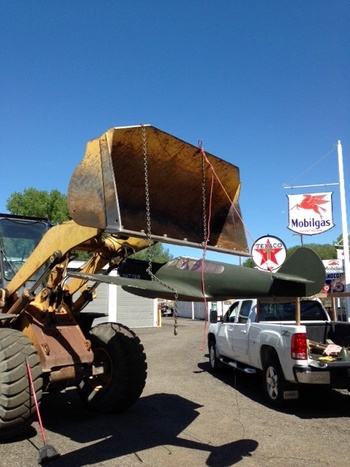 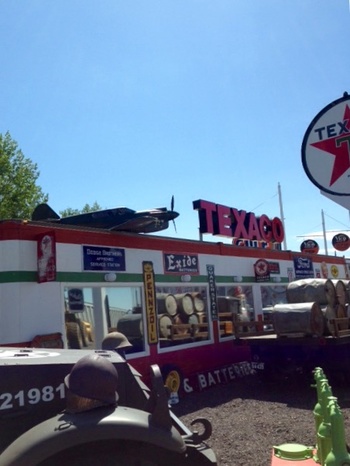 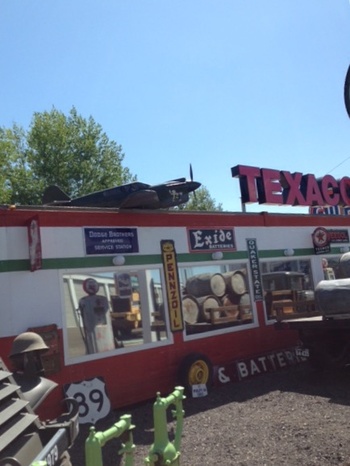 While the final decision has not yet been reached, we are now convinced that our new mini plane that we thought was a P-51 when we bought it, is actually a P-40. The rounded tail and the square top on the engine cowl are pretty convincing evidence for now. We have put the new little guy on the roof of the Texaco station until we can get a proper saddle and pole mount for it to really show it off. For now it will just sit un noticed on the Texaco Station at the Lakeside Storage Free Museum. My wife says there is waaaaay too much stuff in the museum for anyone to ever notice this new addition. We certainly hope she's wrong, but time will tell.