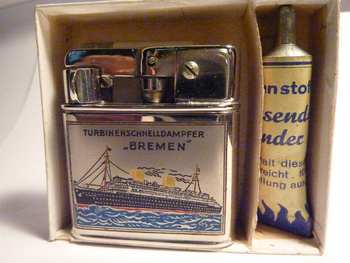 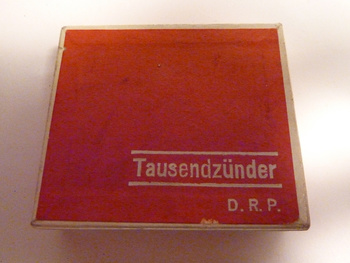 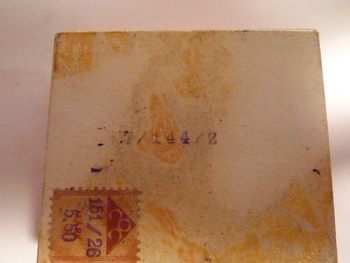 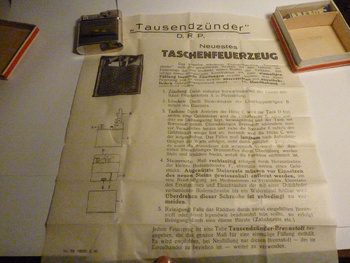 The boat is: The SS Bremen was a German built ocean liner constructed for the Norddeutscher Lloyd line (NDL) to work the transatlantic sea route. The Bremen was notable for her bulbous bow construction, high speed engines, and low streamlined profile. At the time of her construction, she and her sister ship the Europa were the two most advanced, high speed steam turbine ocean liners of her day. The German pair sparked an international competition in the building of large, fast, luxurious ocean liners that were national symbols and points of prestige during the pre-war years of the 1930s. She held the Blue Riband, and was the fourth ship of NDL to carry the name Bremen.

Anyone know anything about these lighters??

Vintage Table Lighter In Black With...
$25

Vintage Table Lighter In Black With...
$25
See all