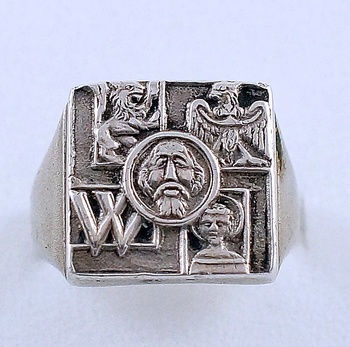 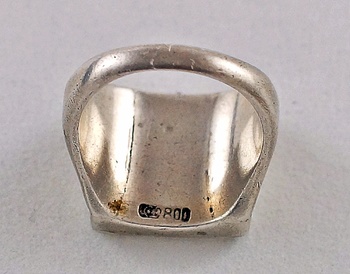 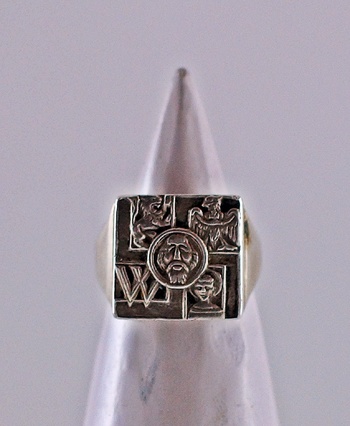 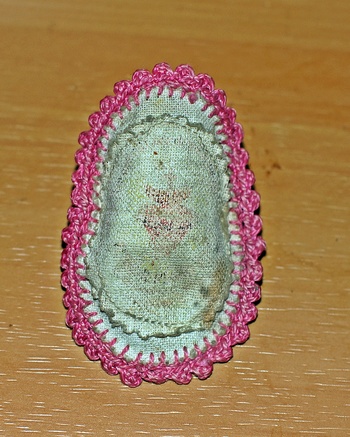 I was given this ring to photograph and to try and find out some of its history . The ring was taken from a dead German soldier.
So far we have worked out that it was made by Carl Schnauffer
there factory was in Dresden Germany. The ring is small and only fits on my small finger . I am guessing that it was a child's ring maybe given to him when he joined Hitler's youth When he was older and became a real soldier he was given this little bag to carry it in, maybe from his mother ?. Lots of guessing lol dose anyone know the symbols on it you can see the Nazi symbol and maybe the old guy in the middle could be Woden a Anglo-Saxon God. Would love to know if anyone has seen anything like this I can find silver things made by the above but no rings. love to here Any information on this ring or thoughts on this ring