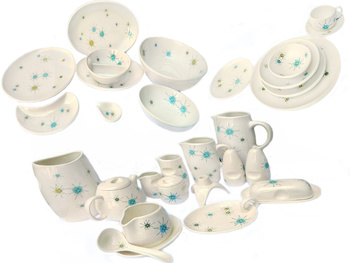 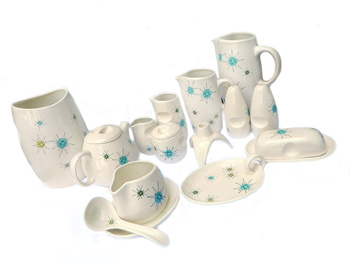 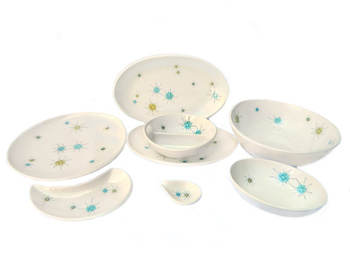 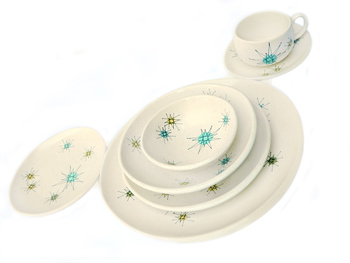 Fascinating insight about The History Of Franciscan Starburst.

Starburst is a line of dinnerware produced by Franciscan Ware, which was a part of the organization called Gladding, McBean, & Co., founded in 1875.

Originally concerned with manufacturing building products made of clay, like roof tiles, sewer pipes, and bricks, Gladding, McBean & Co. chose California, and specifically Placer County, as their plant location so they could take advantage of the natural deposits of clay there. The business took off and by the mid 1920's, they were the largest manufacturer of clay products in the USA.

In 1934, they expanded production and created Franciscan Ware, a pottery and tableware line.

Advancement in the industry was made possible by a special mixing and firing technique Gladding, McBean & Co. had developed and continued to perfect as they produced their dinnerware lines. They called their clay formula "Malinite." As they explained in a 1942 catalogue:

Both Franciscan Tableware and Catalina Art Pottery are made from the material called "Malinite," which was developed by the chemists of Gladding, McBean & Co., and which is covered by a number of U.S. and foreign patents.

"Malinite" is the most important technical achievement in the pottery industry in the past century. Instead of wares being made from clay, the basic material of Malinite is rock, the same material from which "talcum powder" is produced. Combined with the talc is an amorphous flux which, in the heat of the kiln, binds together the molecules of talc so that an extremely tough and durable body is formed, highly resistant to thermal shock and free from internal flaws.

The most important feature of Malinite is the fact that glazes become so fused with the body that they cannot craze. Another glaze feature lies in the brilliant palette of colors and matte textures that can be produced.

Basically, Gladding, McBean & Co. had discovered a way to make pottery less porous, so that it would last longer and resist cracking. It was of a better quality and had a built-in sales incentive.

And this brings us to the creation of the Starburst pattern in the mid-50's. With the prosperity that came after the war, consumers were ready for something new. The futuristic Atomic starry design on Franciscan Starburst fit in well with a new chrome kitchen and advanced appliances.

Introduced in 1954, Starburst is a smooth, decal-pattern Atomic design, as opposed to a raised, hand-painted one. The pattern was designed by George James. Miller's Collectibles states that the Starburst pattern was only produced from 1954-1957.

In 1962, Gladding, McBean & Co. sold the Franciscan Ware plant and production operation to the Lock Joint Pipe Company, who then formed the International Pipe and Ceramics Corporation, or Interpace, in 1968. Interpace combined production of Franciscan shapes with other ceramic manufacturers they had bought. Then, in 1979, Interpace sold Franciscan Ware to Wedgewood. The California plant was shut down in 1984, and production was moved to England. Now, the remaining Franciscan patterns still in production are sold under the Johnson Brothers name. 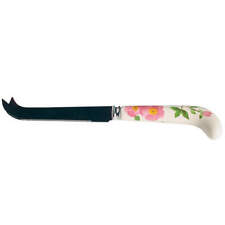 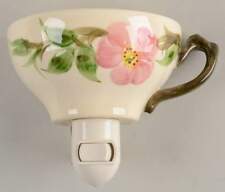 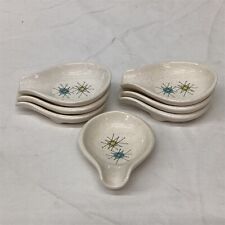 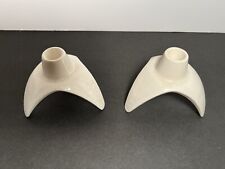