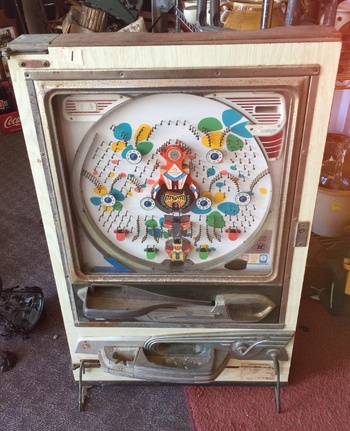 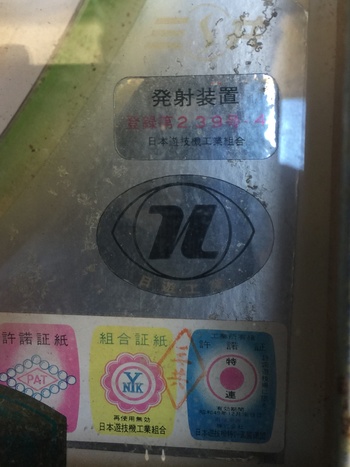 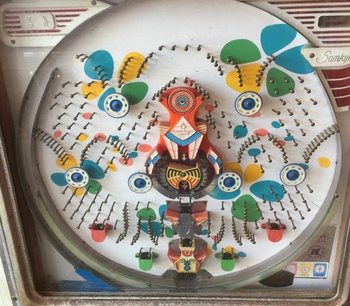 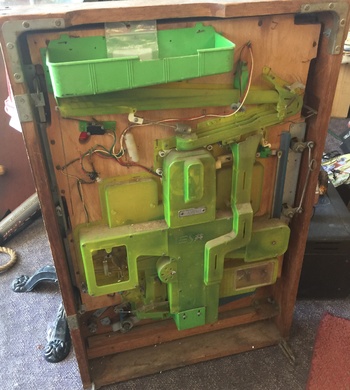 Well a restoration is need for this latest find. This 1974 Sankyo is a fairly common model in the United States. It is easily recognizable by the red-slotted plastic parts on the upper left and right of the playfield. The spinners are 8-slotted and painted white, with a blue center and blue rim. Sankyo persisted in offering aluminum loading trays instead of plastic all the way to 1974, outlasting most other manufacturers. The front autoloader door is covered in a thick soft vinyl coating as opposed to the chrome used by most competitors.
In 1974 Sankyo produced dozens of themed machines, includion the popular "Trio" shown here. this one was made in japan by the pat. thanks for looking !! 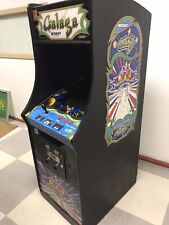 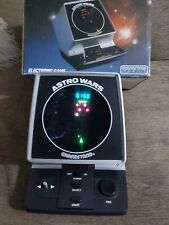