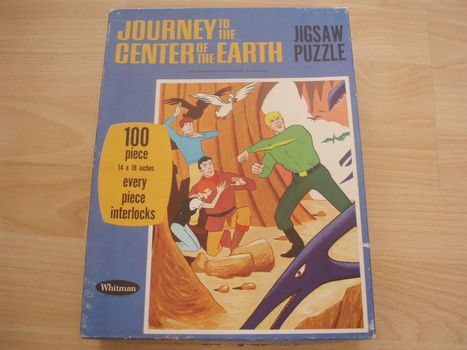 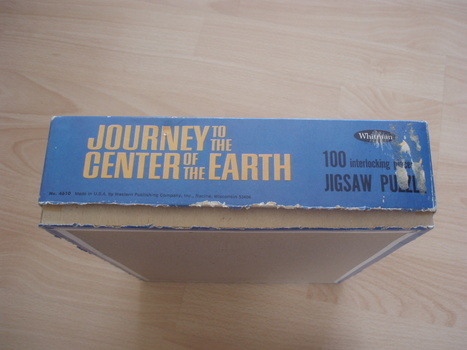 Journey to the Center of the Earth is an American science fiction Saturday morning cartoon, consisting of 17 episodes, each running 30 minutes. Produced by Filmation in association with 20th Century Fox, it aired from September 9, 1967 to September 6, 1969 on ABC Saturday Morning. It featured the voice of Ted Knight as Professor Lindenbrook. It was later shown in reruns on Sci Fi Channel's Cartoon Quest. From the wikipedia free encyclopedia.
I came across the complete 1960's Whitman puzzle in my travels. Loved the graphics. 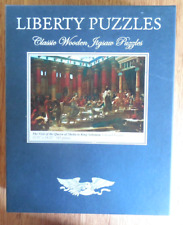 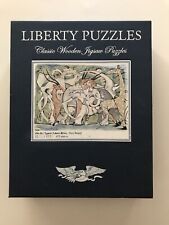 Liberty Wooden Jigsaw Puzzle On The...
$88 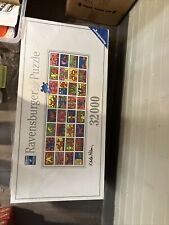