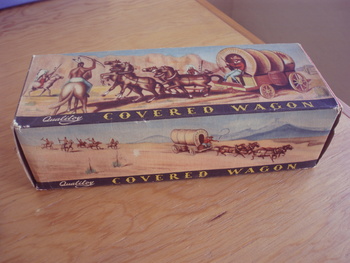 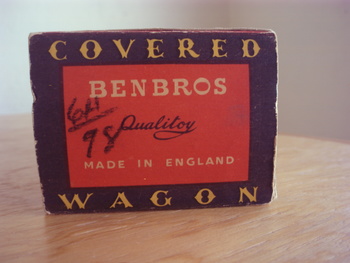 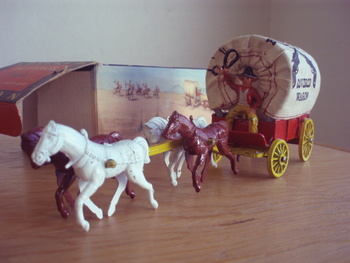 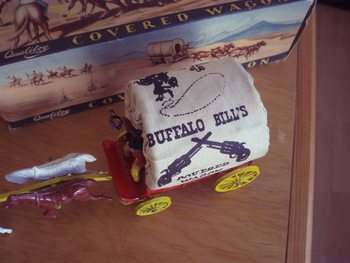 Working out of Walthamstow in N.E. London Benbros was formed in 1940 by brothers Jack and Nathan Beneson manufacturing diecast metal toys and lead soldiers. Originally called Benson Bros. which by 1951 they changed to their adopted company name of Benbros.
This Buffalo Bill covered Wagon has never been played with it does show minor paint scratches where the horses and the teamster are connected otherwise it is complete including some barrels also.