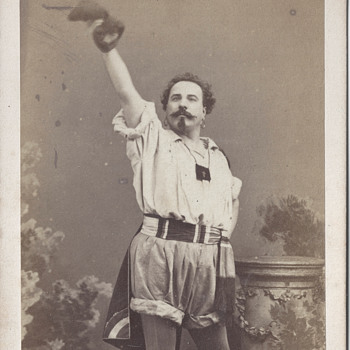 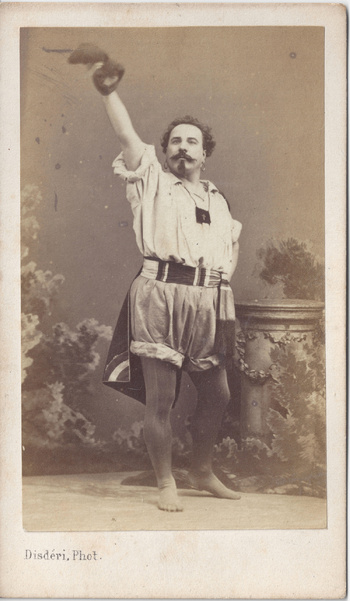 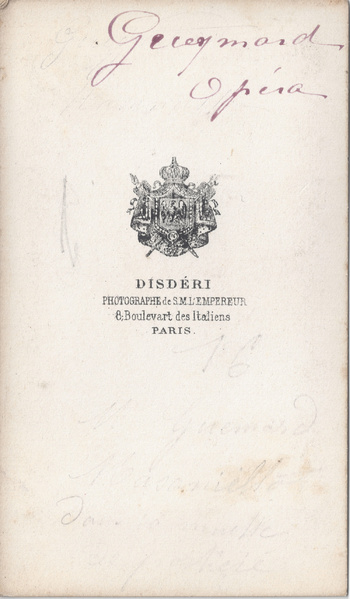 this is operatic tenor, louis gueymard. in keeping with my other posts, here's an inforational snippet about him à la our friend wikipedia:

"...Born in Chaponnay, his parents were farmers and he worked on his family's farm until the age of 19. He then received voice training at the Opéra National de Lyon. He made his opera debut there in 1845 and then pursued further voice studies at the Conservatoire de Paris from 1846-1848.[1]

On the international stage Guéymard was a guest artist at the Royal Opera House in London in 1854. He also appeared at the French Opera in New Orleans in the 1873-1874 season. Other roles in Guéymard's repertoire included Arnold in William Tell, Jean de Leyde in Le prophète, both Manrico and Ruiz in Il trovatore, Rodolfo in Luisa Miller, Tebaldo in I Capuleti e i Montecchi, and the title role in Robert le diable.[2]

Guéymard married Belgian opera singer Pauline Guéymard-Lauters in 1858,[4] but the marriage ended in divorce in 1868. He died in Corbeil-Essonnes at the age of 57.[1]"