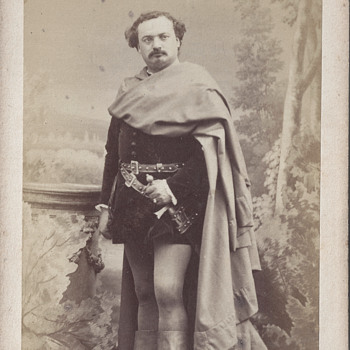 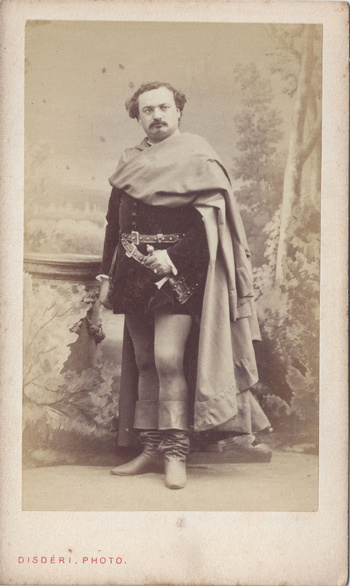 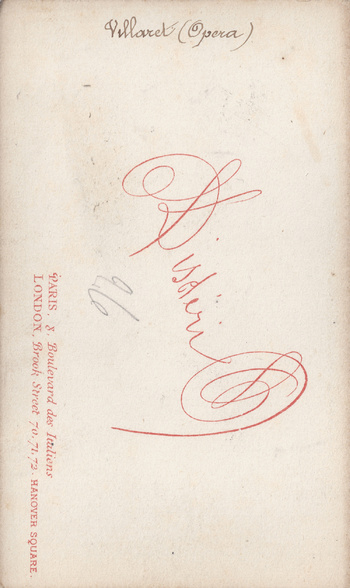 this is operatic tenor, pierre-francois villaret. in keeping with my other posts, here's an informational snippet about him:

"...French tenor. In 1863 he made his debut at the Grand Opéra Paris as Arnold in Rossini's "William Tell". Here he remained "first tenor" untill 1882. In 1875 he sang the opening-performance of the new Palais Garnier (as Eleazar in "La juive"). His most memorable roles were Manrico in "Il Trovatore", Masaniello in "La muette de Portici", Max in "Der Freischütz", Fernando in "La Favorita", Raoul in "Les Huguenots", Robert in "Robert le Diable", Vasco da Gama in "L'Africaine", Jean de Leyde in "Le Prophète" and Gérard in "La Reine de Chypre". In 1882 he left the Grand Opéra and until the end of the eighties he made guest appearances: in 1885 at the Théâtre de la Monnaie in Brussels and in the period 1883/89 several times at the Opéra de Monte Carlo. Since 1885 he performed mostly character roles, such as Alphonse de Monza in Hérold's "Zampa" , Hadji in Delibes' "Lakmé" and Normanno in Donizetti's "Lucia di Lammermoor" "