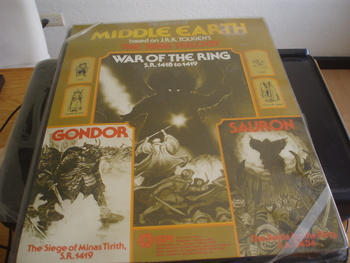 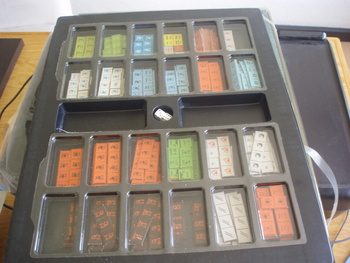 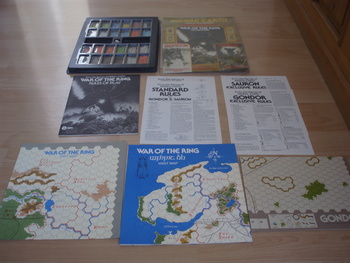 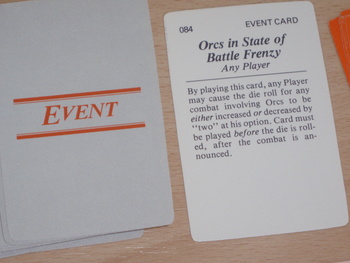 Good evening everyone,
Pictured above is an unplayed 1977 War of the rings board game produced by SPI short for Simulations Publications Inc. makers of many fine board games. This is one of the few games I have kept from a one time huge collection of SPI and Avalon Hill Boardgames. This fits in well with any Tolkien collection.

War of the Ring is a wargame based on J.R.R. Tolkien's The Lord of the Rings, published by Simulations Publications, Inc. (SPI) in the United States in 1977. It was the first wargame to cover the entire conflict depicted in the story (starting from the Fellowship's departure from Rivendell), as opposed to a single battle from it. The game was primarily intended to be played by two players, with the Fellowship player taking the side of the Free Peoples of Middle-earth and the Dark Power player controlling the forces of Sauron and his subordinates. The published game also had abbreviated rules for a three-player version with one player taking the role of Saruman; a fuller version of these rules was printed in issue #37 of Moves magazine.