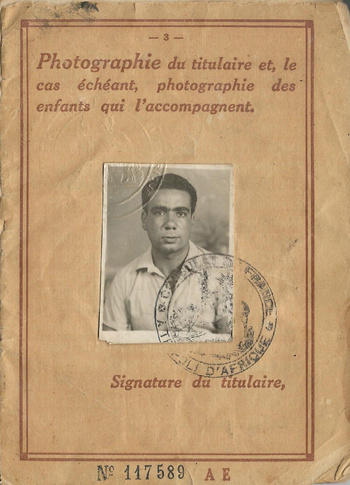 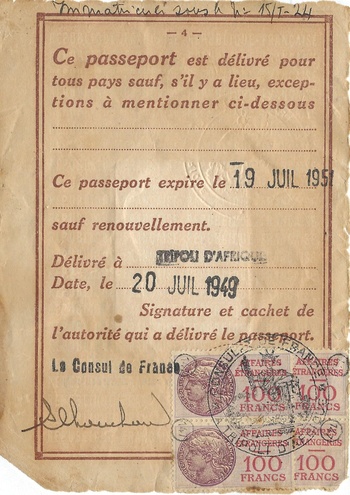 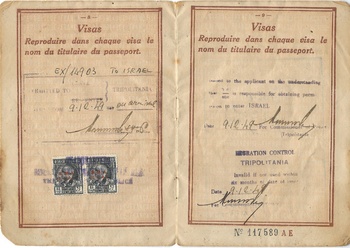 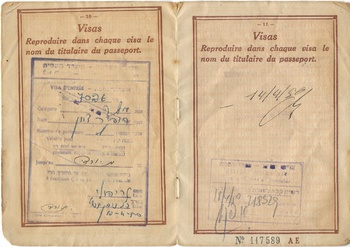 Fantastic short-lived Israeli mission to British occupied Libya issued visa from 1950: the diplomatic mission was secretly opened to assist in the Jewish immigration to the Sate of Israel following Arab riots in the country that threatened the ancient Jewish community. The passport, though not complete, seems to contain most of the important pages with the visa and inspection markings inside.