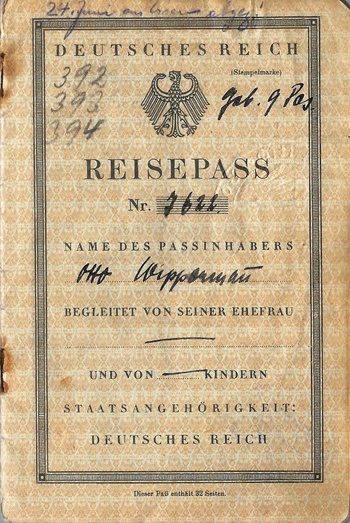 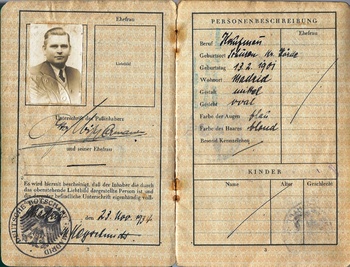 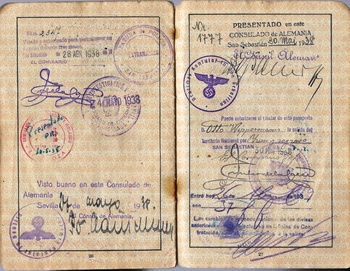 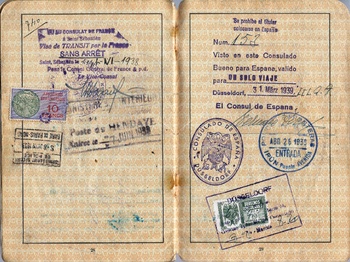 Passports used or issued for or in Spain during the civil war period are extra nice and not that common, due to the global restrictions imposed on many who were travelling to Europe during 1936-39 (though different counties were active in the country supporting the fighting factions). The passport here is an attractive German consular issue from Madrid 1934 that was used extensively all the way up to 1939.