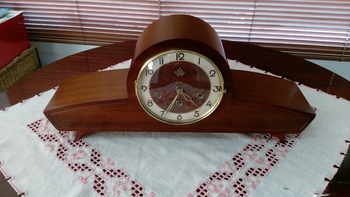 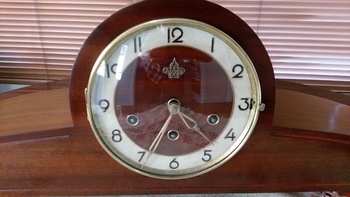 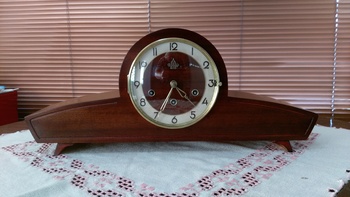 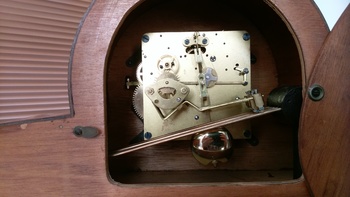 Hello all, this is the Tambour already up here, but now fully restored. I opted to french polish it's case. I think anything less than french polishing would be a let down to a clock of this style, with so much wood to show. Servicing was fine but centreing it's movement was probably the most difficult task. I have no idea why, but the movement was about 1 mm off centre, making key insertion difficult and the hands looks slightly odd off to one side. Probably imperceptible, but I knew it was like that. I chose Jarrah tint rather than persevere with the insipid (in my opinion) maple. Hope you like it. 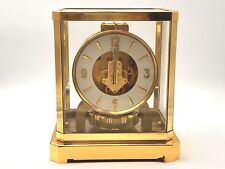