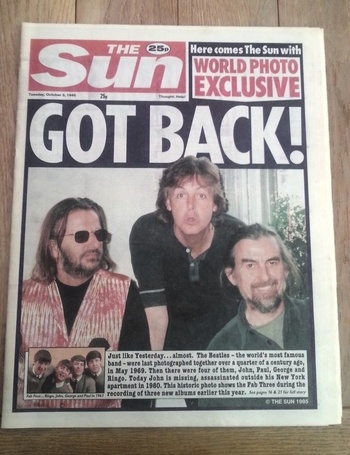 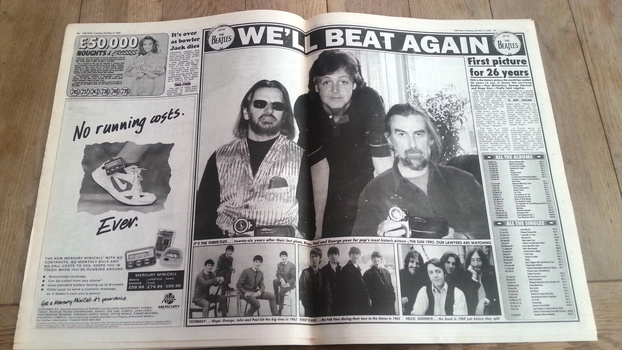 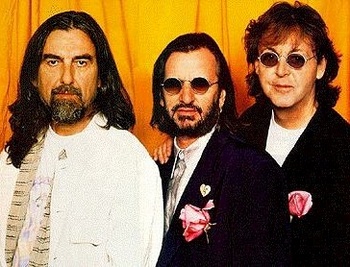 Beatles reunion photo graces the cover of the October 3, 1995 issue of the British newspaper,"The Sun". The photos were taken by photographer Tom Hanley at the Apple Office in London on March 31, 1995. Paul...George...and Ringo had gotten back together to record 2 new Beatles songs using demos that John Lennon recorded in the late 1970's..."Free As A Bird" and "Real Love".They added their instruments and vocals to Lennon's vocals and piano. It was part of the massive Beatles Anthology project,with a TV documentary and 3 albums of outtakes. Released in late 1995 and early 1996...they were huge sellers and all went to #1.