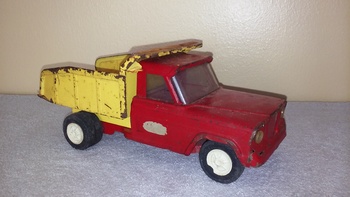 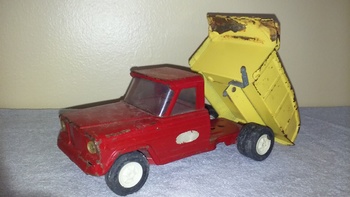 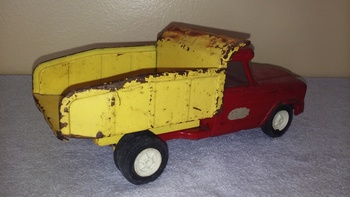 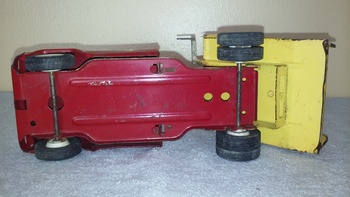 Here's one more of my old childhood toys that happened to be convenient for the camera the other day. (there are more in the big box downstairs too, for later...)

Like the others I've already shown, this one is well "played with" but basically intact, and also dates from the late 1960's/early 1970's. I believe there used to be a plastic grille/bumper on its front, now long gone. The (remains of) labels on its doors used to say "Tonka". It's roughly 9" x 4", and there are no numbers or markings stamped on it.