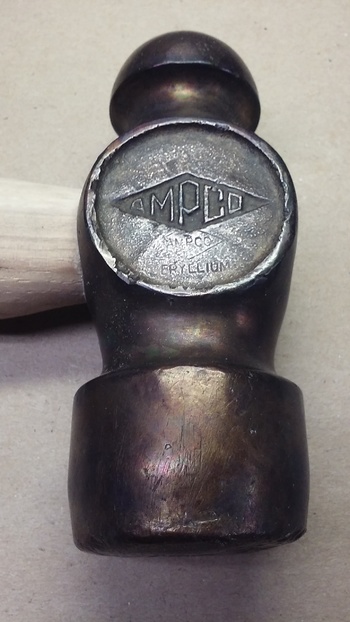 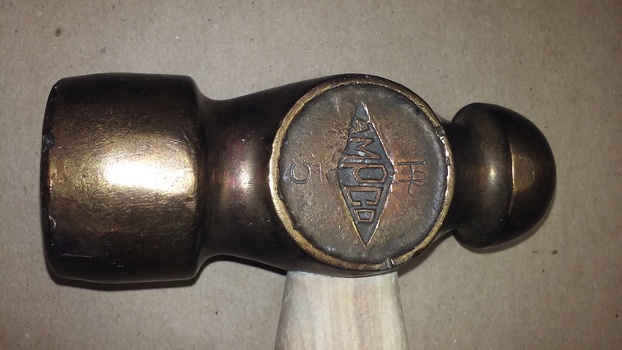 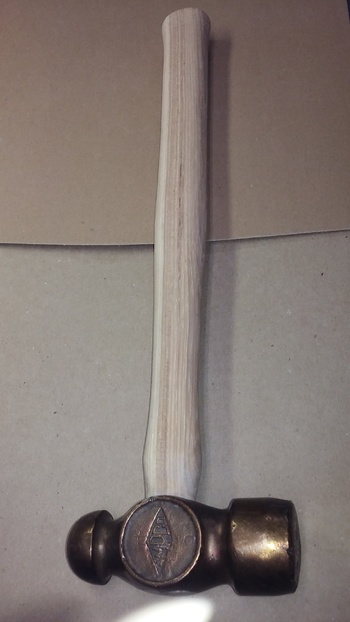 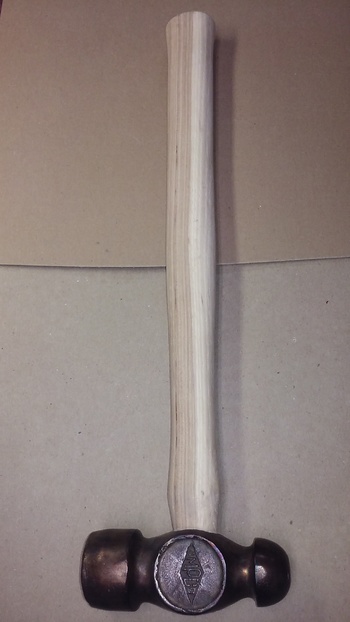 Here's another from my BMFH(*) collection. This AMPCO branded ball pein hammer is apparently made from a non-steel metal called "beryllium", which is a copper alloy similar to but harder than typical brass or bronze, that makes it suitable for tools meant to be used in places where beating on other things (or dropping the tool, or whatever) might create an accidental spark/explosion/big otherwise unwanted "BANG". <eeek> Grain elevators...natural gas plants...manholes...stuff and places like that.

Its (existing) handle is roughly 18" long, the hammerhead itself is about 5" across and probably weighs in the 2-3lb range.

Its handle is not original as is likely obvious in the pics, shortly after I found this hammer (and polished it up a little bit) I left it unattended on my bench at work for the weekend with its still broken (and duct-taped, etc etc) 'as-found' handle on it -- one of my co-workers then took it upon himself to replace that broken handle "for me", over the same weekend. <groan> OH WELL, a nice gesture on his part even if a slightly misguided attempt, and it is still a fun old tool that's probably not all that common otherwise...? :-)

(*) BMFH = "Big Mother-F[reakin'] Hammer" -- that's a technical term y'all, for any one of a variety of actual 'beating tools' that should be indispensable in nearly anybody's "toolbox"... <LOLOL> 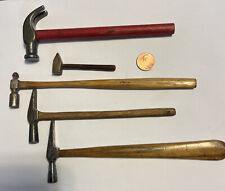 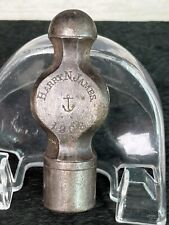 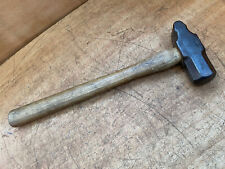 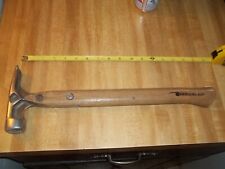