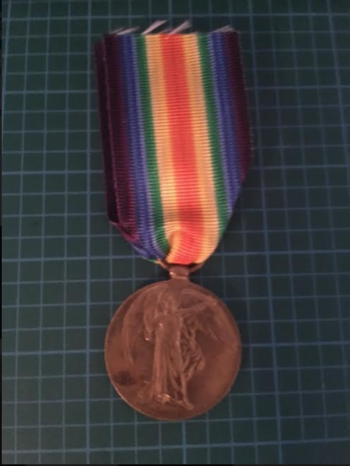 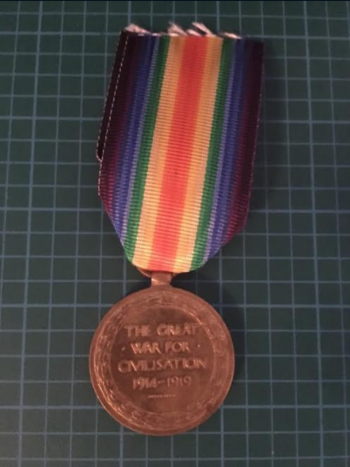 A very nice condition WWI Victory Medal named to a soldier in the Royal Scots Fusiliers. The medal is named and numbered to "62985 PTE. W. BROWN. R. SC. FUS." Private Walter Brown served with the Royal Scots Fusiliers during WWI, and also appears to have served with the Labour Corps with a separate service number of 478009 (this Labour Corps part is not on the medal).

The medal is in fantastic condition for it's age, the front of the medal features a Winged Figure to represent Victory. Written on the back is, "THE GREAT WAR FOR CIVILIZATION 1914-1919." No major scratches on the medal, nor is there much patina/rust, or really any signs of aging. The ribbon is in spectacular condition and looks practically ageless, no staining, etc. the ribbon looks like it was straight from when it was first created and mailed to Private Brown.

This medal came alone, it is unknown where it's companion is but still a nice single medal.

Overall a great condition medal to a Private that served in WWI with a famous Scottish regiment as well as the Labour Corps.