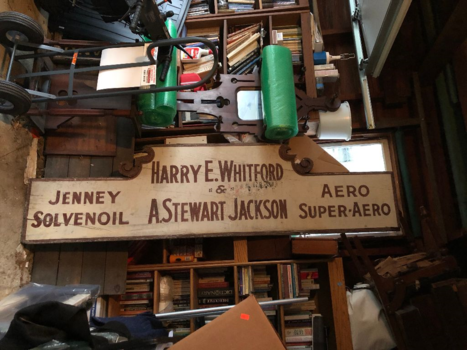 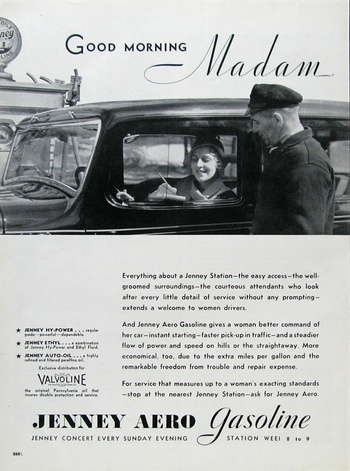 I recently found this sign in my travels which I thought might be of interest. I am also hoping that folks might be able to provide me with some additional information.

The sign is 94 inches long (of course, didn't write down the height and it's not accessible just now; I will try to provide that dimension in the coming days). It is hand painted on just one side and made from a thick single pine board to which was applied a wooden scrolled border painted the same color as the lettering. Only some of that border remains. The letters are a burgundy color on a white ground.

Note the sign advertises "Jenney", "Solvenoil", "Aero" and "Super Aero". Well, these were all petroleum products produced by the Jenny Manufacturing Company.

The company's origins can be traced to the Jenney Oil Co. founded in 1812 in Boston by Stephen Jenny. This firm sold kerosene, coal and whale oil. Under the leadership of his 2 sons, Bernard and Francis, the company transitioned to selling petroleum around 1856.

By the early 20th century, the works of the Jenny Manufacturing Company in City Point, South Boston (or as might be said in Boston, "Southie") produced 500 barrels of oil/day. By the 1920's, they were major suppliers of automobile oil and gasolines. They had their own gasoline stations in New England. The second image I've posted is one of their advertisements from a 1930's magazine.

The company was merged with Cities Service in about 1965 and the Jenney name would disappear, replaced by "Citgo".

There are a few things that appeal to me about this sign. First, is the local history. It's Boston's Own and represents a time when all over the U.S., there were apparently many regional brands of gasoline. Furthermore, until 2015, there was still what had originally been a Jenney gas station a short distance from where I live. Alas, it was demolished. Finally, many "petroliana" signs were factory made. I still like them, but to find a monumental hand painted wooden one not too much worse for wear and age, well, I really like that. I think that this sign was probably made in the teens or '20's??

Thanks for all comments and any info. 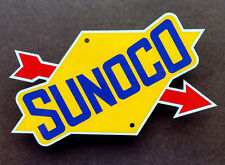 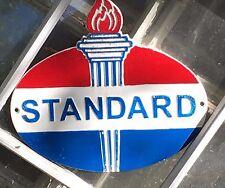 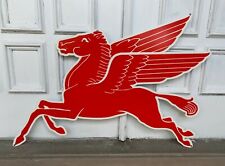 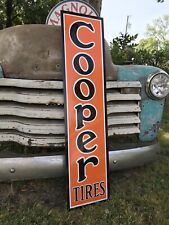