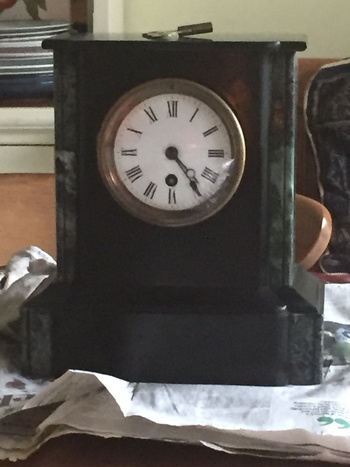 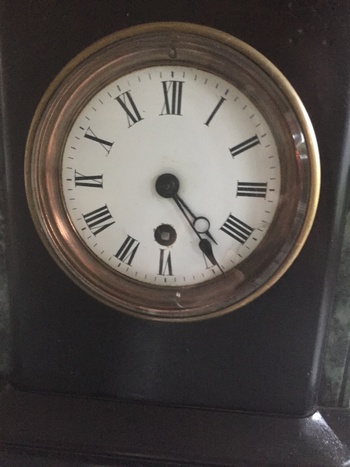 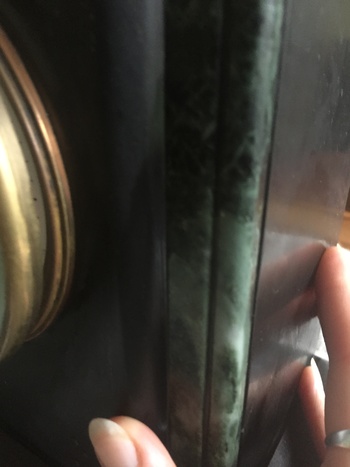 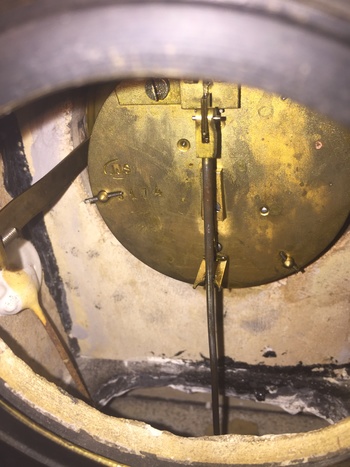 This mantle clock has been in our family for years. The only reason I'm uploading pictures of it here and now is that we'd really like to get it identified! The clock was bought in approximately 1969-1970 in Ireland by my grandparents in an antique market for approximately £1.50. When it was bought one handle was missing and it wasn't working but after some repairs on it, a handle was replaced and some of the workings were clean and restored. What I'd like to know is where it's from and what age would it be? We cant find any makers marks at all anywhere on it except for the back of the brass workings in it which is stamped with the initials 'J.J.S' and the number 5174. As for any other marks or serial numbers there is none.
The clock is wound by a brass key approximately every 8 days it has 2 twin panels of beautiful green marble down each side of it and the whole thing is made out of a block of solid black marble and weighs a TON!
The only guess I can make is that its a french mantle clock as I've spotted two very similar designs on Google images, other than that I don't really know. Would love to find out more about it?