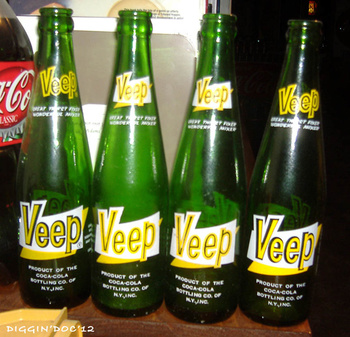 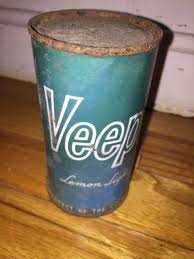 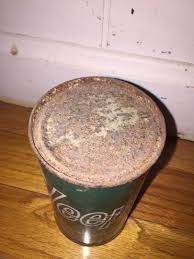 First pic is of a few bottles that are dated from the 1960's. Veep was made from the 1950's to probably the 1970's. These bottles aren't rare but aren't as common as normal bottles. The second photo is of a can that sold on Ebay. I assume the cans are pretty rare as they decomposed and were crushed. This one isn't pretty but it's lucky to be alive! This seems like it would be hard to open because there is no tab to pull. As you can see, there was no tab on this can. I guess the good 'ol can opener had to do the job!