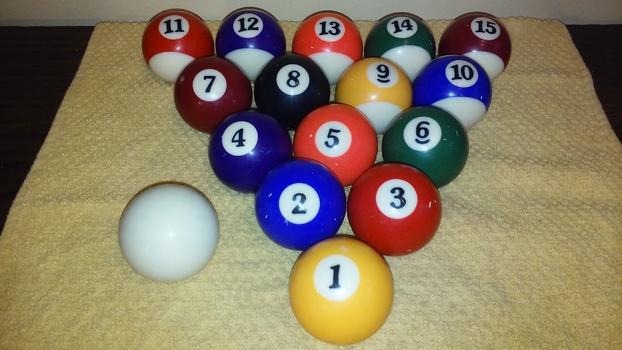 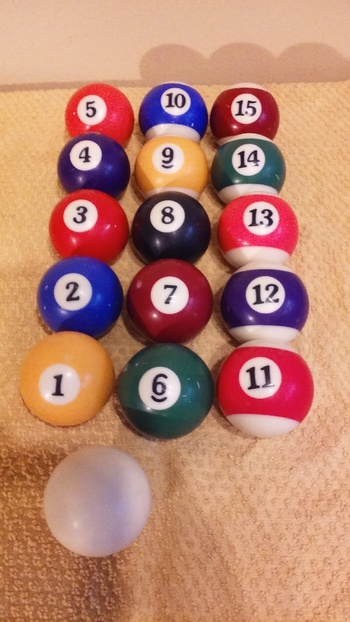 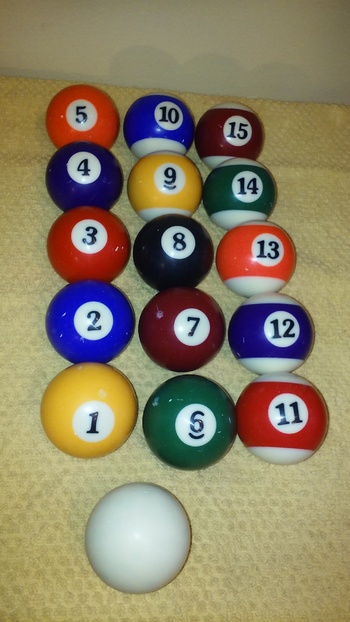 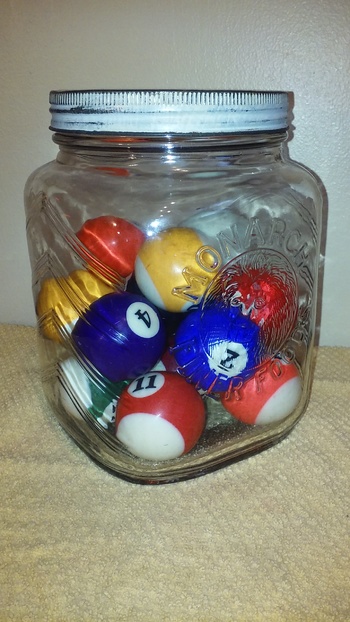 Yeah -- so I still don't have a pool table (nor anyplace to put one if I did) but what the heck -- now I've got a set of billiards balls anyway. (to go with the set of bumper pool balls I also have, sans table... <LOL>) Scored recently (for cheap) in a bag from the thrift store, I bought 'em mostly just because they were *all there*, even including the cue ball. ;-) :-)

I actually believe these were probably made for use with some variety of 'smaller than standard' game table, since they are all only 2" (or a bit less) across...Wikipedia suggests "regulation" billiards balls should be slightly larger, and some of the colors don't quite match "regulation" either. One way or the other they definitely have been used somewhere in their past life, the cue ball still had plenty of blue-chalk 'skid marks' on it before they all got a bath in warm dishwater.

Last pic shows them now displayed in my old gallon-size MONARCH FOODS jar (that y'all have already seen) which it turns out I don't own *nearly* enough glass marbles to come close to filling up... <groan> The pool balls don't so much reflect the sunlight, but still fill it in a pleasantly colorful way, to my eyes anyway...?? ;-) :-) 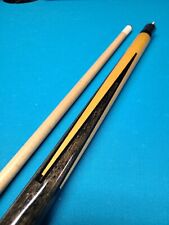 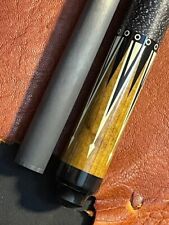 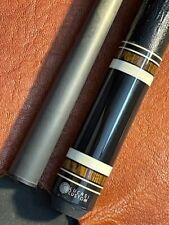