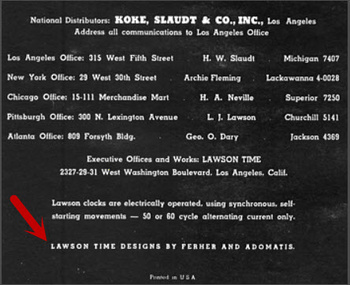 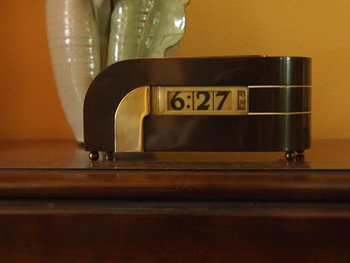 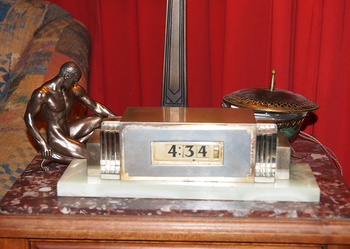 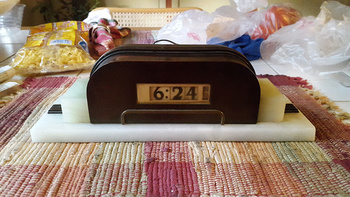 Father and son team of Lindley S. Lawson and Harold B. Lawson opened their company, Lawson Clocks Limited, at 2329 W. Washington Boulevard, producing a line of strikingly modern digital clocks that displayed the time on rolling wheels much like an odometer. The clocks were of very high quality, with many exhibiting the latest streamlined designs. These streamlined designs were erroneously attributed Karl Emmanuel Weber, although Weber submitted designs to Lawson, none of them went into production. The back cover of a 1938 Lawson catalog names the real designer of most of Lawson's early lines was the firm of Ferher and Adomatis. They were hired to ensure the clock cases were as up-to-date as the digital concept.

Interestingly, before moving to Los Angeles, Lindley S. Lawson had lived in Pittsburgh home of the Pennwood Company, another manufacturer of rolling wheel "cylometer" clocks, and whose patent appears on all but the earliest Lawson models.

The cases for Lawson's metal clocks were crafted by Crown City Plating in Pasadena, owned by Harold E. Coombes. In 1940, Coombes acquired Lawson Time and consolidated production, relocating the Los Angeles facility to Pasadena, directly across the alley from the plating works, at 165 South Fair Oaks Blvd.

The arrival of World War II interrupted clock production, with the Lawson/Crown City facility turning its attention to anodizing, airplane parts and rivets for the war effort. Records show that shortly after the war, the business was sold again, this time to John Beall.

Picture 2. The Zephyr (originally the Mayfair pre-1938) is probably the most famous of the Lawson line and the one most erroneously attributed to Karl Weber.

Picture 3. The Arlington, to me the most beautiful of Lawson's lines, chrome, glass and a marble base.

Picture 4. The Manhattan, probably one of the rarest of Lawson's clocks, it seldom comes up for auction, when it does it commands a higher price than most. 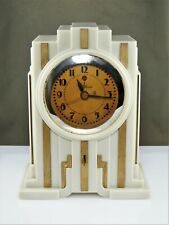 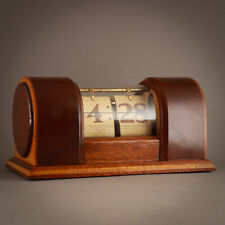 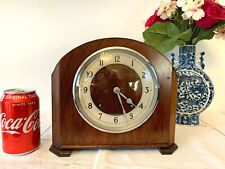 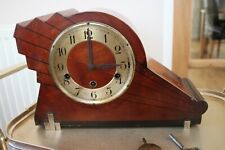