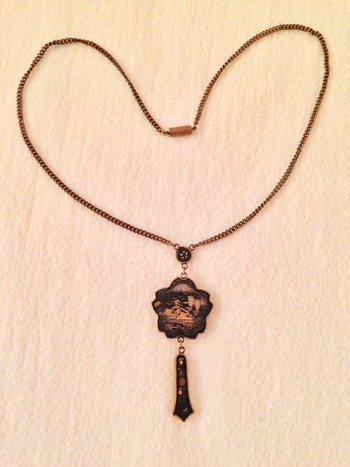 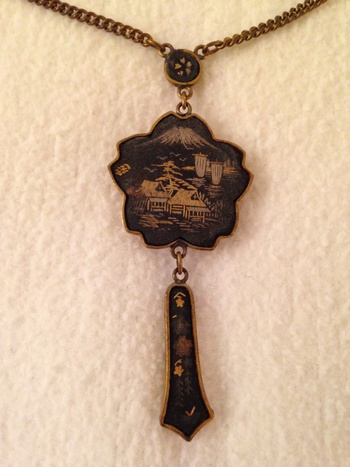 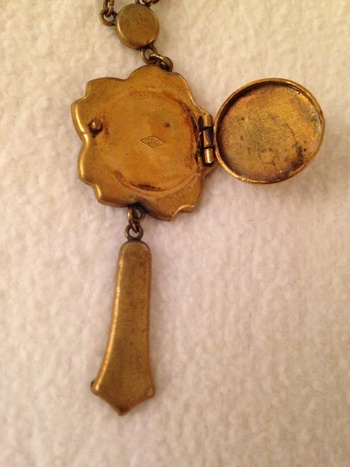 I purchased this Japanese locket from a young man at a sidewalk sale who said it had belonged to his (Japanese American) Mother. I think it is a called "Niello" type of jewelry, where a black metal or enamel background is then decorated with an incised or painted design. I do not think it is "damascene", which is made of raised designs on top. This kind of jewelry was often brought home by American servicemen and given to their sweethearts during the war years. It was popular from the 1930's to the late 1940's, I believe. Regarding the "CPO" mark on the back, I found this statement online: "
"CPO stands for Central Purchasing Agency and is often found on Japanese items made between 1946 and 1948 when the US operated a centralized buying system for US Army and navy bases in Japan. " So I guess that means this is a later, post-war piece. If anyone has any corrections or additional information, I would be happy to hear it!