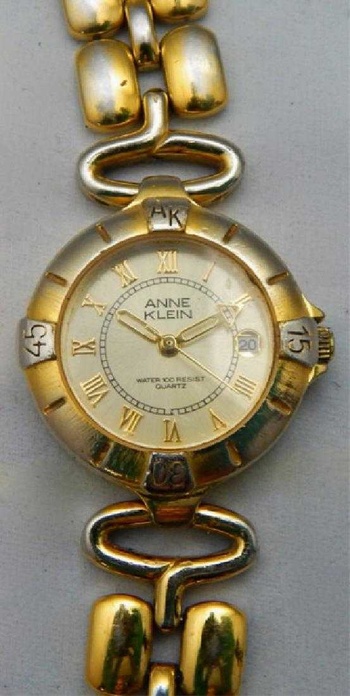 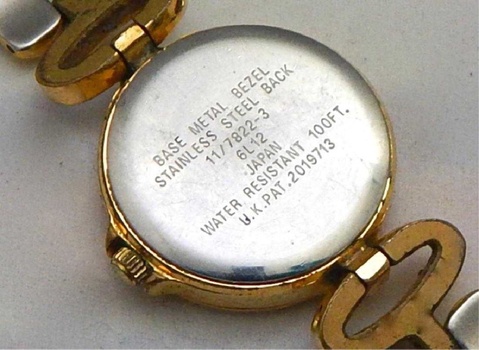 There are changes to estate auctions these days, put a minimum bid and you might end up winning the thing for $5.00 to $10.00. Something that rarely happened, as the auction house has to make some profit as well as the poor seller. They also ship now, so they can recoup some money that way with the packing fees.

Well, it's happened to me about a dozen times in the last year. Problem is the shipping and packing fees are horrendous from USA to Canada. I have paid for low cost item and told them to keep it, because it was not worth the overall expense to get it delivered. Kind of crazy, yes?

This instance was for a vintage watch, something I collect as well, and enjoy wearing, especially the sterling silver ones from the 1980-90s. If the watch is not working, I replace the inside with something else, picture, stone, etc. and wear it.

In this case, the watch was called a 2 tone style in the description, nothing unusual in that, but the watch looked worn where each metal components was 2 colors, sort of the gold plate worn off the silver metal base. Usually a 2 tone metal item has a mix of gold and silver components, either all silver or all gold. It was a used water resistant watch, so perhaps roughly handled because of that.

Anyway, there was an issue with how to pay my win for $10.00 and in the meantime I decided to do some comparisons with other Anne Klein watches from the same period and in the same style. I found there were none with this dual finish, supposed to be the original metal finish. As I expected, the auction house was deceitful in their lot title.

I wrote them an email, to let them know what I had found in my search and that I would not pay because of that. They were happy to ask me to cancel the transaction, because this great watch of theirs was in fine condition and it should have sold for a lot more than it did....LOL. You can see that the 3 images did not show the whole watch....wonder why.

The another Anne Klein sterling silver watch from Ebay, is impossible to open, the back has been glued shut, no way to put a new battery in it and has now become a bracelet, since it is not worth shipping back.