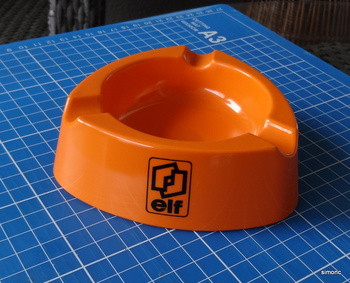 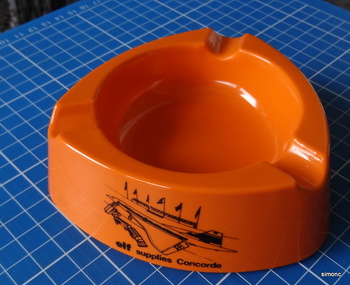 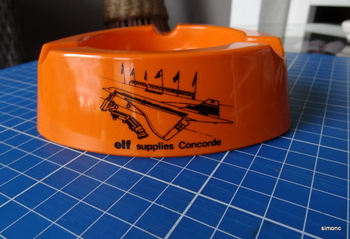 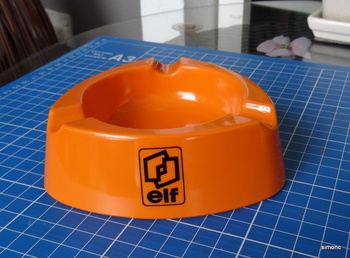 This is an interesting one insomuch that Elf leverages its links to Concorde and its aviation fuel and oil division. In the graphic on one of the sides, Concorde is shown in its 'test flight/pre-sale livery' which it used between 1969 and 1976. Obviously, when British Airways and Air France bought Concorde, that 'test' livery was dropped. The orange is also an interesting choice, as Elf's house colours are a patriotic red, blue and white. Perhaps the orange differentiates their aviation division. The ashtray overall, is in wonderful condition and unmarked. A very interesting item and I hope you guys like it.