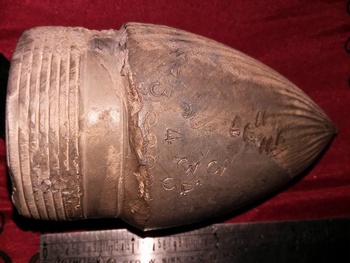 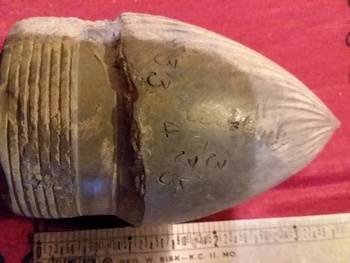 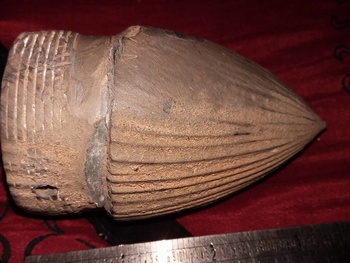 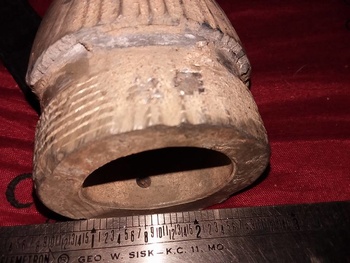 I had seen an M but the area that's chipped away is the part that has the #'s so who knows their is a 5 stamped on the threads and it is almost 4" long and by close to 2 1/4' in dia it is oval and it looks like it went thru sand from the spiral groove on the nose thanks Austin
.It looks like it probably exploded the shell and the fuze nose continued and embedded in some type of soft grainler ground that embedded the spiral grooves in the soft material and it didn't hit directly in the surface but on an angle and when the shell exploded it chipped away the edge of the shoulder and thats why its chipped their. The image below is to a WWII fuze the mechanical part isn't in the nose but it just covers the mechanical mechanism. That's my belief. I can't think of anything else it could be