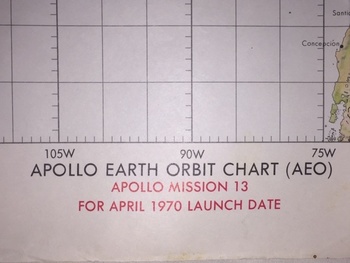 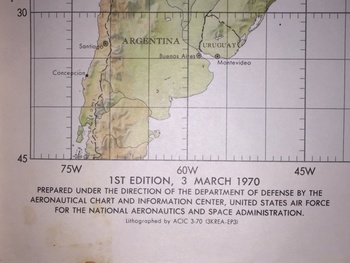 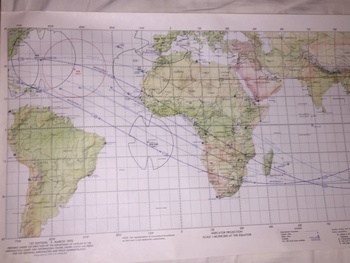 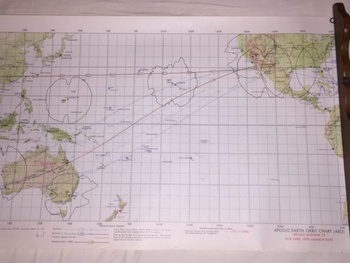 1st Edition April 1970 Nasa Apollo 13 Earth Orbit Chart
This is a genuine document that was used by the engineers at Nasa and I purchased it from the estate of that engineer. I was told by another former (engineer that worked in that department at that time) at Nasa that they would often "dumpster dive" after work. They were not supposed to take stuff home but stuff happens.
This is a special document for many reasons. This was the mission that was made into a movie Tom Hanks starred in called, "Apollo 13".
The trajectory that was planned for in this map, did not happen. The mission did not go as planned on this map.
This estate sale was full of people and they were actually knocking documents on the floor and stepping on them. There were trajectory maps of all the missions and even the 1st moon mission to the moon and back home. I was limited in cash, so I had to settle for one map.