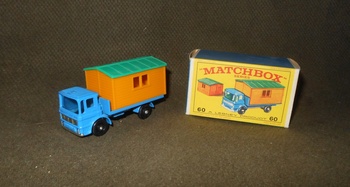 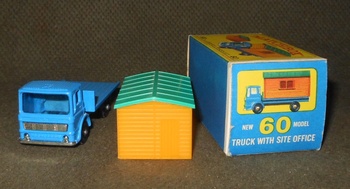 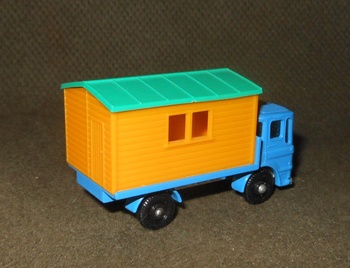 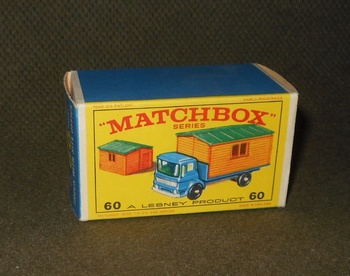 Another one that is super easy to date. These were sold from 1966-1970 and as the E Style Box end flap says "New Model" this would be 1966.
This truck carries portable site office to wear some building project would be going on. Inside there would be guy wearing a tie with a hard hat on looking at blue prints. There would be another guy inside yelling at everybody (but not the guy looking at the blueprints). Everyone would be named Joe, Ed, Frank, George and other one syllable names. But then the truck is Leyland so perhaps Nigel and so on. But site offices seem to be more a USA thing.
One may note that although this is over 50 years old. In the pre-internet days this would be called MIB or Mint In Box or Mint in Near Mint Box. Or C-10 with C-8 box. Now it is look at the photos which I prefer when selling. In the long ago we did this through magazines and mail order catalogs. Did I get off track here? Anyway it was all fun but the net made it much easier and cheaper.