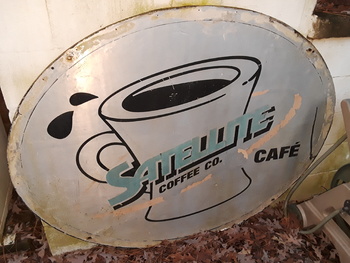 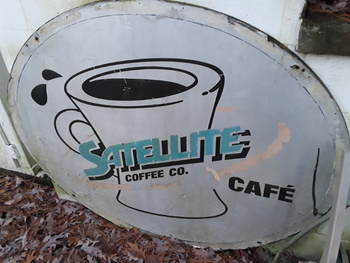 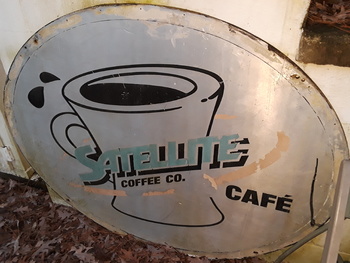 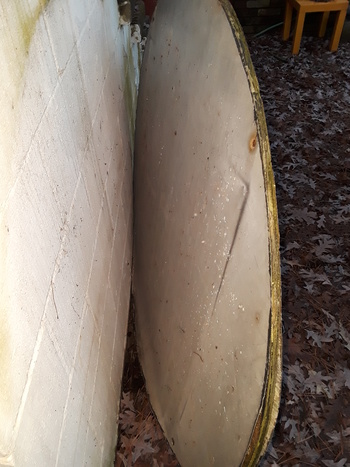 Here's an item that probably doesn't mean a whole lot to anybody very far away from here, but so what - I kinda like it anyway...? :-)

THE SATELLITE COFFEE CO. / CAFE has been closed for nearly a decade now (with several more various eateries having come and gone meanwhiles in the building) but was apparently rather popular (and reasonably highly rated) during its lifespan. I can't even testify to that, never having eaten there when it existed. Nonetheless -- I ended up with this sign a few yrs ago. I *believe* it would be the larger one pictured on the corner of the building in the (clickable) photo on this Yelp page:

(which, strangely, is still online though the restaurant's been gone for years...??)

It measures 3.5' x 4' and is made of plywood faced with thin aluminum, its sorta faded and worn graphics on one side only. It was probably mounted in some kind of now-gone 'frame' which would have protected its edges, which are now a little worse for the wear without it. I suppose I really should try to figure out some slightly better way to 'display' it, but for now it just lives on the patio leaning up against an otherwise blank little wall under the steps... :-)