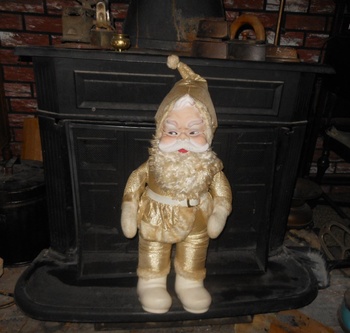 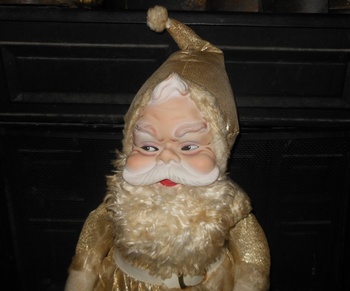 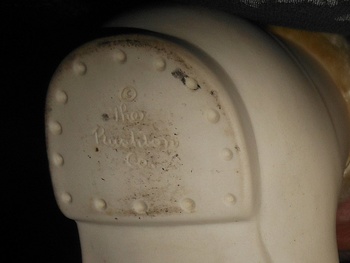 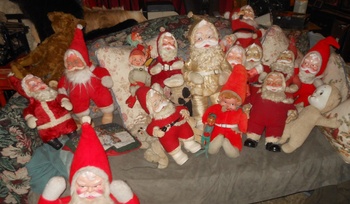 Picked this guy up at the November Rose Bowl Flea Market. Seems he is rather rare as I see none for sale on eBay or in the finished auctions. The highest priced ones are the pink ones followed by the Coke Santas especially the black Santa. The standard Ruston Santa is about 15" tall and this one is about 28" tall to the top of his hat thus is truly the king of the Rushton Santas.
His Rushton pedigree can be seen on the heels of his boots as seen in photo #3. We shall take a moment while everyone looks at photo #3. OK let us move on.
Wrapping it up is the usual group photo. The large Santa standing on the floor is not a Rushton for those at home noting that is the largest of that lot. Rushton dolls were sold in the 1950s and 1960s. Their products tended to have rubber faces, hands and sometimes feet. One can never have too many of them.