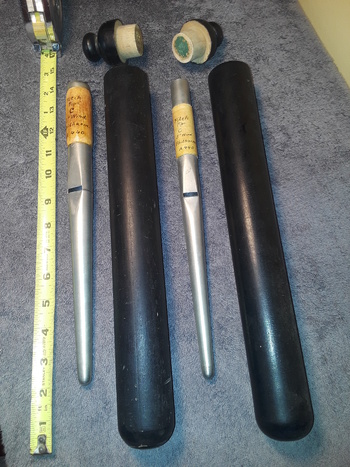 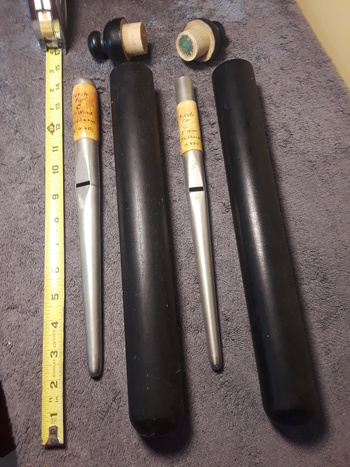 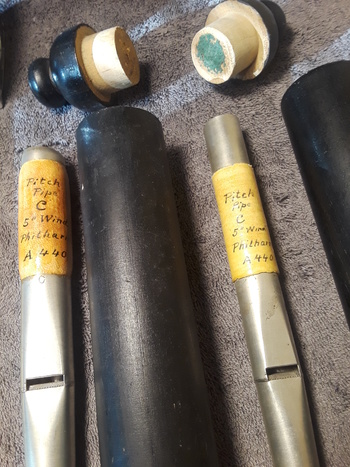 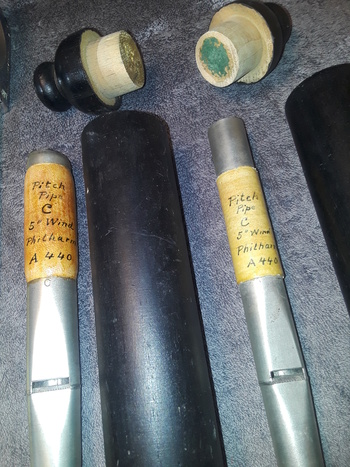 Please see this listing (posted a little while ago) for "the story" of what these are and what they're for -- I don't wanna retype it all... :-)

These two pitch pipes are essentially like my other pair -- BUT unlike the others, these two are both tuned to "PHILHARMONIC" A=440 cps pitch. They are also both labeled for a different wind pressure than the others, and do not specify an exact temperature. Also interestingly (maybe?) though they are both marked with the same "PITCH PIPE C 5" WIND PHILHARM. A 440", the pipes themselves are not quite exactly the same -- one is a little shorter/fatter than the other, yet they *do* still produce the same exact note.

I have to think they are of similar age to my others and that they were all likely made by the same person (or firm) since they all show so many of the same general characteristics. It isn't impossible that they were a tool actually produced/sold by a trade supplier back then, but I have no evidence to show that.