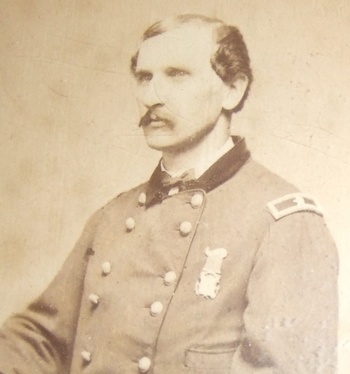 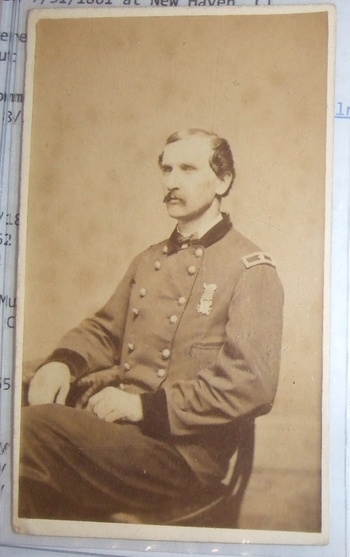 Edward Whitaker served most of the Civil War with the 1st CT Cavalry, rising from a Sergeant in 1861 to a Brevet Brigadier General at the War's end.

He served in some key positions-- as General Custer's Chief of Staff and negotiated the initial surrender talks of the Army of Northern VA. He was also present at Lee's surrender, with a contingent of the 1st CT who escorted General Grant to the surrender.

In this carte de visite, Whitaker is shown wearing the Custer Cavalry Division badge on his chest. This image is an unusual find as most of his photographs do not show him wearing the badge.

Reproduction in any form is prohibited without written permission.