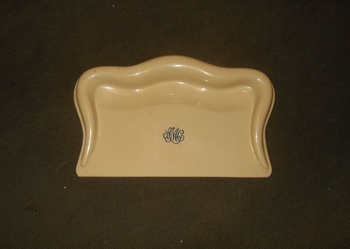 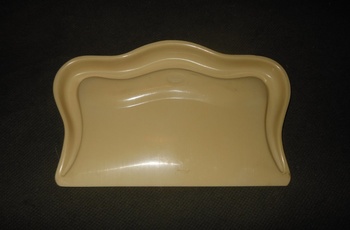 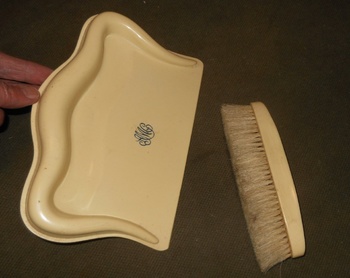 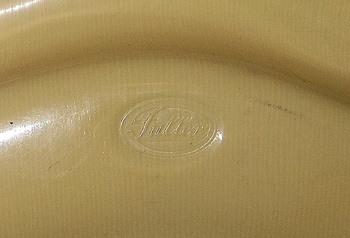 This piece is like the vanity sets I have been collecting. Made from a Bakelite material, one company called it Ivory Pyralin. This one is made by Fuller which I believe is the Fuller Brush Company. It is the crumb catcher but probably would be used with a vanity set to clean up the plucked hairs and other such.
It is 8 inch across. Mr Hand is there to show scale along with a brush that could be used with it. Note the brush is not a Fuller brush.
These were popular is the 1920s and 30s although that is not a for sure thing. Just an educated guestimate.