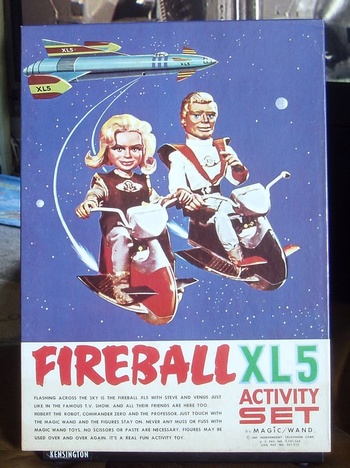 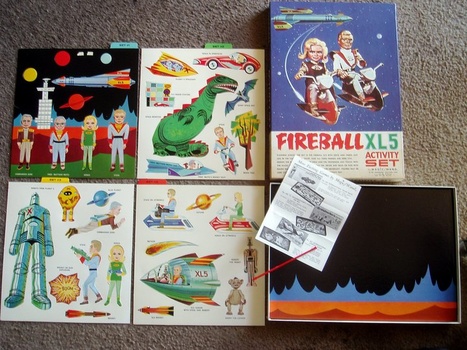 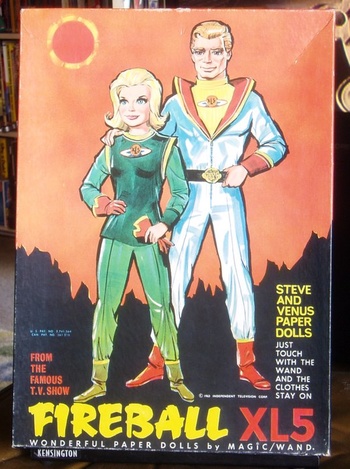 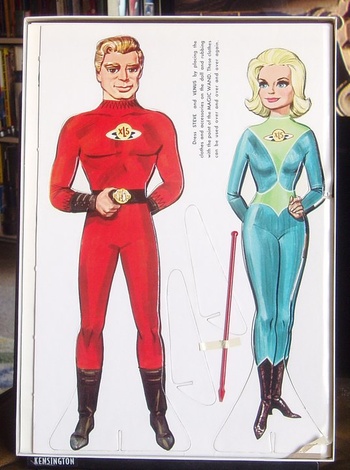 In 1964, Fireball XL5 appeared for the first time on American TV.
It had premiered in England the previous year and the merchandising people went crazy!
I wonder how many young British sons of the Empire found themselves playing with paper dolls like these.
...or were these just for the girls?