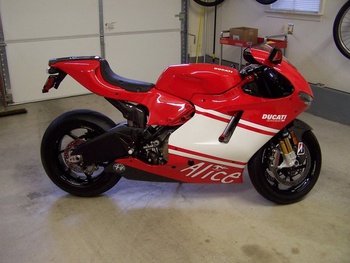 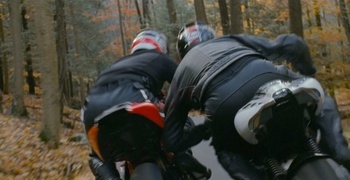 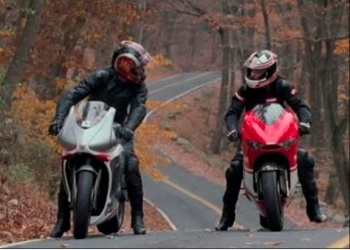 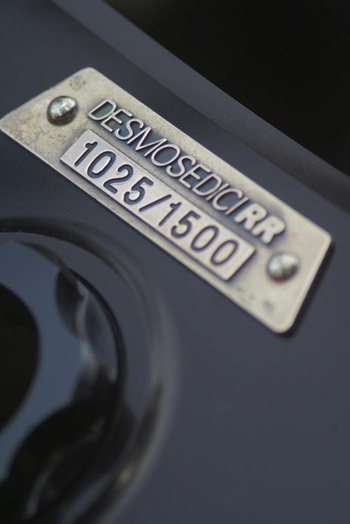 The Fire Breather
Ducati's Desmosedici D16RR completely blew away the Motor Cycle World in it's debut.Ducati only made 1500 of this bike for the retail market each bike has it's own number that is one of the way's this bike is so special too.
Ducati is the only manufacturer that would, and made the only replica of their Moto GP machine and it is as close to the real thing as possible.
The terms "Passion and Pride" are describing the Desmosedici D16RR and is the perfect example of why those two words really do apply to the people who work at Ducati. One need only to look at the D16"s scorching 9.49 second at 152.80 mph quarter-mile-time on why it's call the Fire Breather. Top Speed rated at 190.2 mph
Roll-ons at 60-80 mph at 2.67 sec 80-100 mph at 2.77 sec a very impressive feat.Make no mistake, if you're lucky enough to own one of these Exclusive Machines you have what amounts to the only real Grand Prix replica SportBike built by any Manufacturer and it's one that is definitely no poser.This D16RR in the photos above was used in the movie Wall Street Two , Money Never Sleeps coming out in September 2010 This machine came from Ducati N/A To SeaCoast Sport Cycle(seacoastsportcycle.com) and is a well sought after Bike.