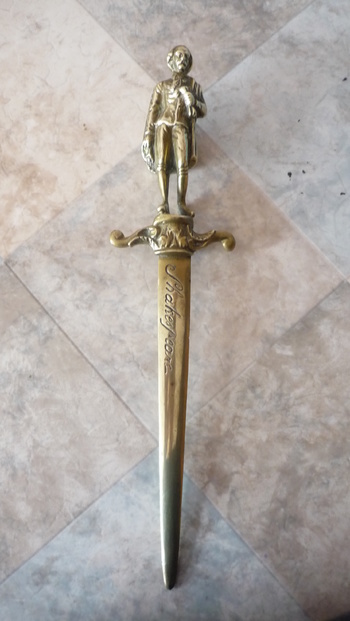 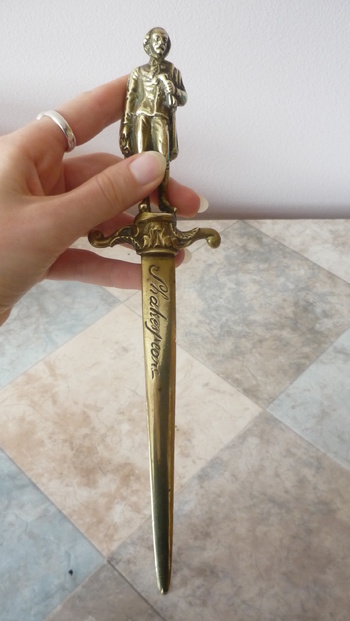 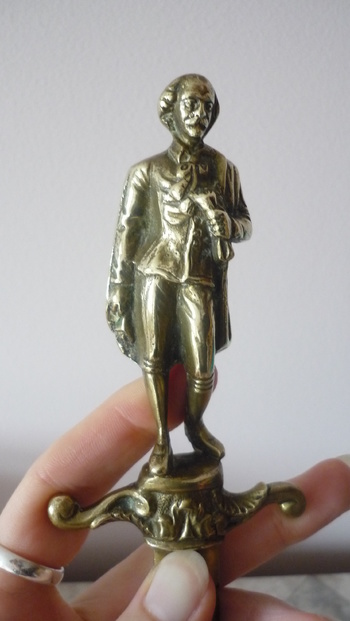 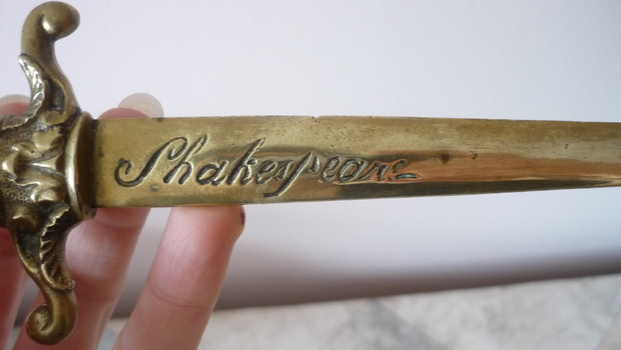 This is the latest object from my last visit to my local charity shop- a Shakespeare letter opener! It caught my eye lying at the bottom of a g;lass cabinet filled with glassware and at first at a glance I thought the figure on top was Admiral Nelson(which would be cool too!)- it was only when reading the handle I realised it was Shakespeare which is also great I think!
I'm not sure why he would be placed on the top of a brass letter opener, but I find it a rather nice and unusual touch and I've certainly never seen anything like it before. The figure of Shakespeare and the blade itself was filthy but after taking it home and cleaning it up a great deal I realised there is actually a surprising amount of detail in it which makes it nicer! There's no marks or stamps on it anywhere which makes me wonder just how old it is, or is it a rare or one off piece, not that that matters either I just like the idea of a homage to Shakespeare in the form of a rather unusual little object.
Cost €6 (£5.38/$6.83)

NO RESERVE HAND Victorian Mother of...
$6