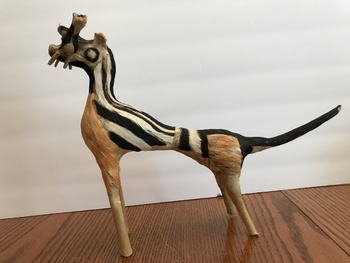 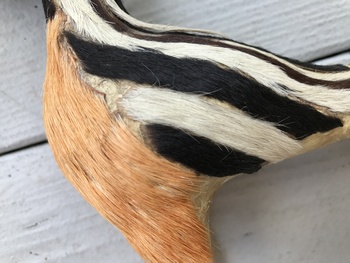 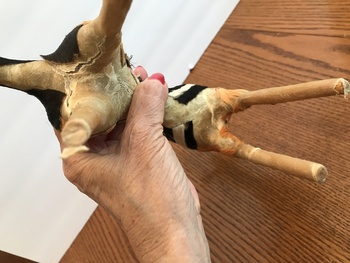 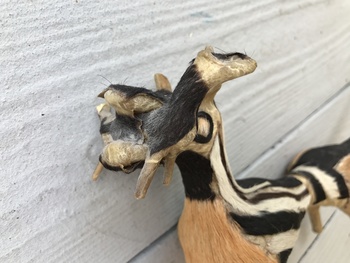 I am totally at a loss on this one. The figure is almost a foot long and slightly over 9" high. It weighs a little over 1 lb., much heavier than I would expect. The body seems to be made of something that reminds me a lot of rawhide dog bones. Whatever was used appears to have been wrapped around something in order to create the body shape, the legs, etc. This wrapping even covers the base of the feet but has come loose, creating a flap that I can fold back and peek underneath. No wires that I can see. Just something that reminds me a little of bamboo with an inside that's soft enough to dent with a fingernail.

The body is partially covered with real strips of fur to create the unusual patterns and stripes. In its mouth, this figure is holding a small animal (its own baby or some other animal?). That animal has similar black fur but isn't striped.

I've tried but failed to find anything like it. Any thoughts or ideas would be appreciated.