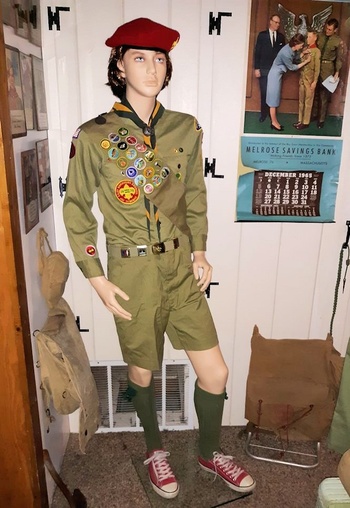 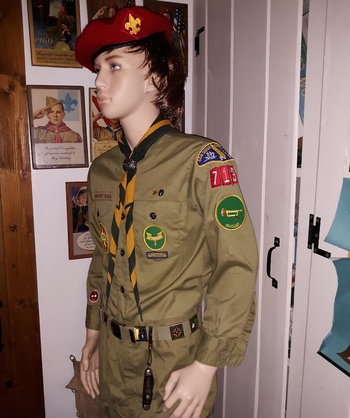 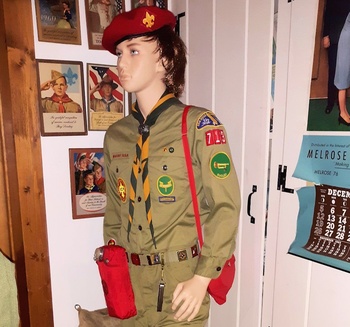 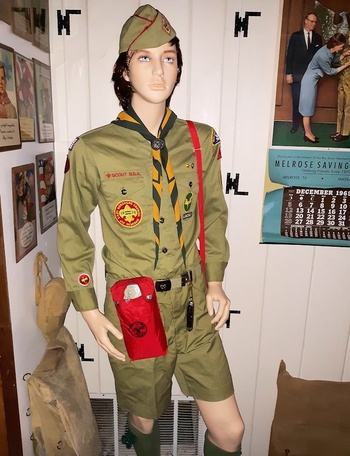 Finished up another uniform. This one is the post 1972 70s style uniform.
Starting off is all dressed up with the sash. Looks like 18 merit badges. He should be a 1st class scout soon.
He has the bugler position patch on his left sleeve. On the left chest pocket is the 2nd class Scout rank patch along with the Arrow of Light. Has a cub scout service star and a 1 years Boy Scout Service star.
Next set for a hike with the red belt canteen and mess kit,
Wrapping up with the garrison cap. Although the beret was the current official Boy Scout hat the garrison cap was still perhaps more popular. I believe they began using that cap in the 1950s. I run into that hat more than all the other Boy Scout hats combined. Also note the tassels on the socks. The socks with garters lasted until the introduction of the 1980s Scout uniform.
Time to start working on some older uniforms, need the smokey the bear hat.