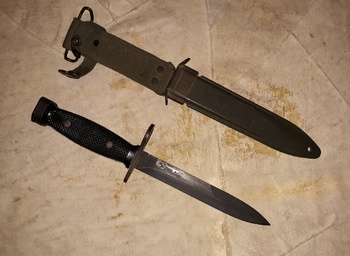 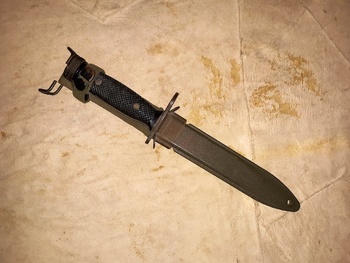 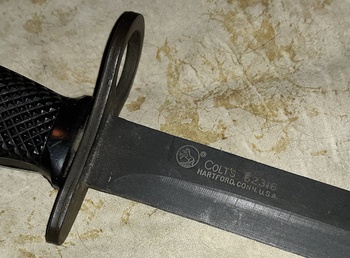 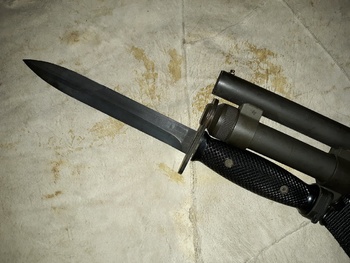 This is generally called the Vietnam War era bayonet for the M16 but it could possibly be 1970s or 80s. Anyway it is the M7 bayonet and the nice feature is that it was made by Colt. There are several manufacturers of this bayonet but the Colt version is the best I have seen so far. There is also a Colt bayonet made in West Germany but I haven't seen those in person. One can tell this is a proper M7 as it fits on the Mossberg 590. Others by lesser manufacturers do not.
Also of note is that this is the sharpest pointiest bayonet in my collection. On this both the front and back edge are sharpened with a very pointy tip. Will not have to use a rifle but with this bayonet. I believe this is called a spear tip as opposed to last week's M9 which is a clip point. In addition it has a nice flat black finish so it won't give off a reflective glare at night.
Sadly the scabbard is not the properly marked M8A1 scabbard. Same style but doesn't have M8A1 stamped on it. I should be able to get a proper scabbard easily enough.