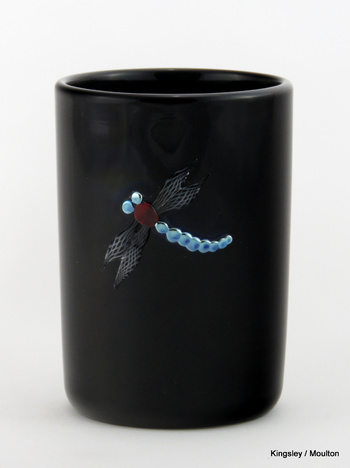 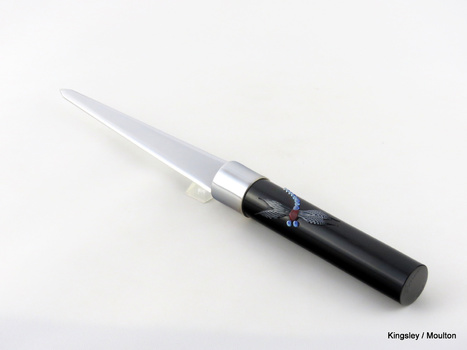 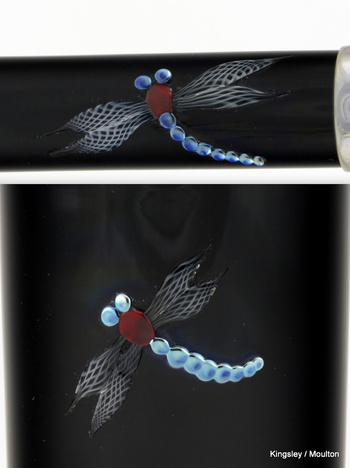 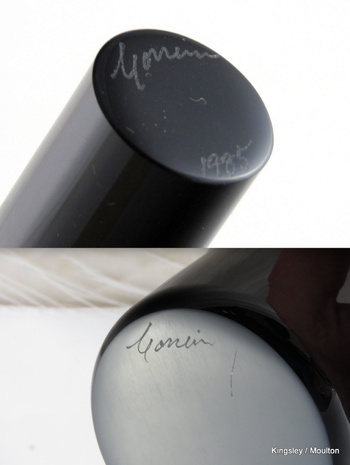 Our collection is somewhat eclectic. While our main focus is on art glass produced between 1890-1935, there is a lot of the glass produced during the American Studio Art Glass Revival that got going in ernest in the the early 1970s we also enjoy. One of our favorite studios is that of Steven Correia.

This is two pieces of the three piece Dragonfly desk set that was made by Steven in the mid 1980s. We first found the letter opener in January of this year at a local monthly antique show. We were pleased to find the pen holder, that we originally thought a tumbler, almost 3 months later. We have yet to find the correct paperweight to complete the set. The dragonflies were made in at least 2 different color schemes that we have seen.

In both pair photos, the letter opener is the top picture. 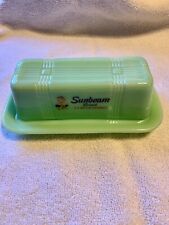 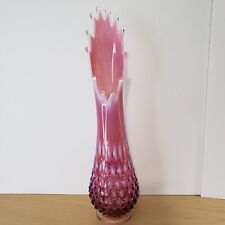 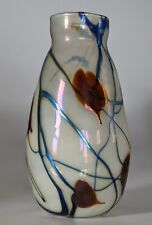