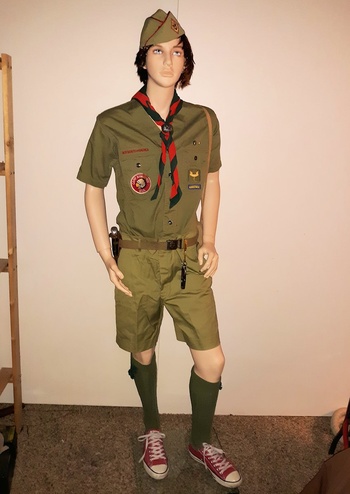 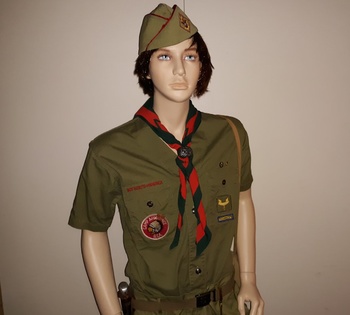 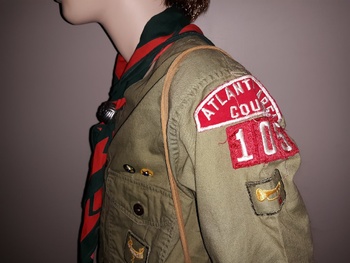 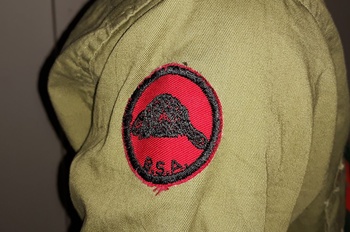 I don't think I have posted this shirt before. Checked my past posts and didn't see it. Don't recall buying it but5 there it was. I only added two patches to it. The rough edges of the patches would make this one 1950sor early/mid 1960s. I would say mid 50s to mid 60s.
What we have here is a Scout Second Class with the Position of Bugler from the Atlanta Council. Also as seen in the last photo he is a member of Beaver Patrol. Not quite as macho as Cobra Patrol but then again I could be mistaken.
Having a bugler in your troop is a bit of a plus. Not all troops have buglers so a troop with a bugler gets to wke everyone up or other such that buglers do.
he patches I added were the camp badge on the right pocket and the arrow of light on the left pocket. Also I added the service stars. One for Cub Scouts and one for a year of being a Boy Scout.
Other details include a pair of Boy Scout knives, a canteen, socks with garters and probably a few things I left out.