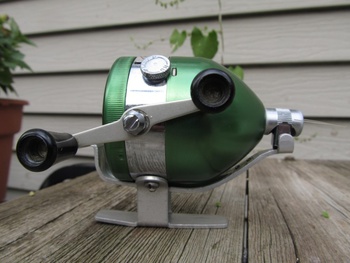 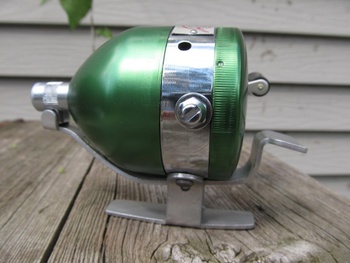 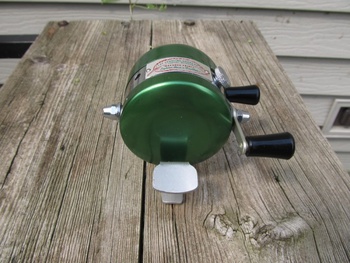 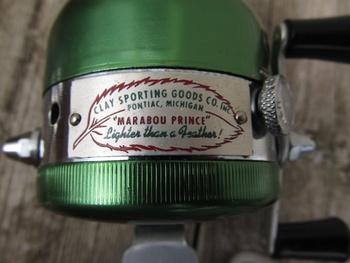 I bought this reel and got it in the mail this morning.
The old grease was very hard, I cleaned it out and applied new grease and oil. I left most of the line on the reel. The outside of this reel is very clean. There should be a large headed screw which goes through the main body and is screwed into a part which I'm not sure but may work the reels tension. Seller stated the reel cranked roughly and had no idea why. After cleaning it up, fresh grease and oil, it still cranks roughly and I have no idea why. To cast the reel you place your thumb on the thumb pad which then pinched the line a bit. Then release your thumb and the line was released. I think the reason the reel looks so good is because of the missing screw, the reel didn't get used hardly at all. The seller also stated he could find nothing on the internet about this reel, I couldn't also. It appears to me the reel was made for Clay Sporting Goods Co. Inc., Pontiac, Michigan. Bits and pieces of the box came with the reel. If anyone knows anything about this reel and would like to share any information I'd love to hear about it. Thank you very much........