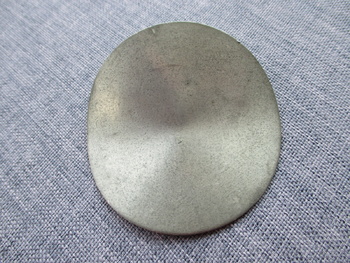 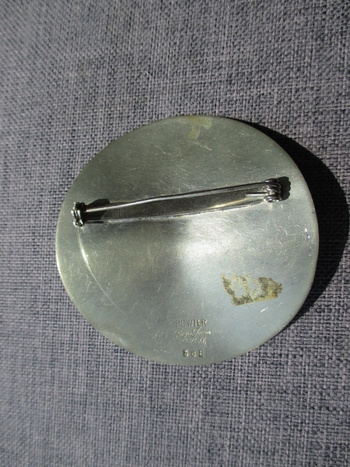 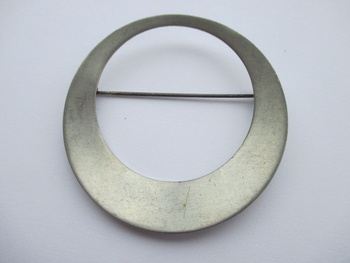 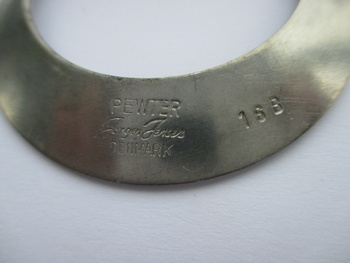 More information:
Jorgen Jensen (born in 1931) is not the second son of Georg Jensen as is often supposed. Jorgen has briefly worked at Georg Jensen and the second son of Georg was also named Jorgen. This explains the misunderstanding. Jorgen has worked in Montreal (Canada) and Stockholm (Sweden) before he started his own workshop in Copenhagen in 1960. He made modernist jewelry and worked especially in pewter because it is an inexpensive material and forms very well. The simpler the jewel the more beautiful was his motto. His jewelry was made from 1960 until 1965 marked with Jorgen Jensen (sometimes JL) in italic font with number.