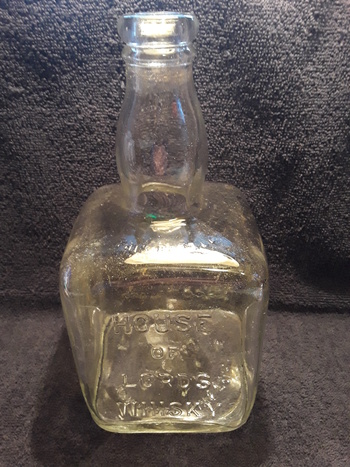 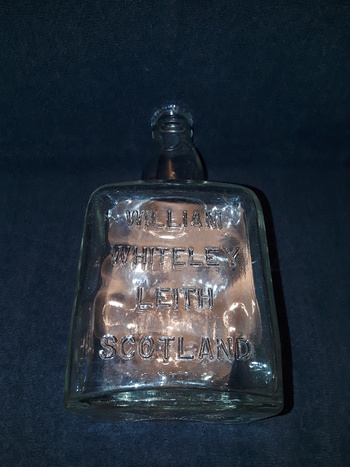 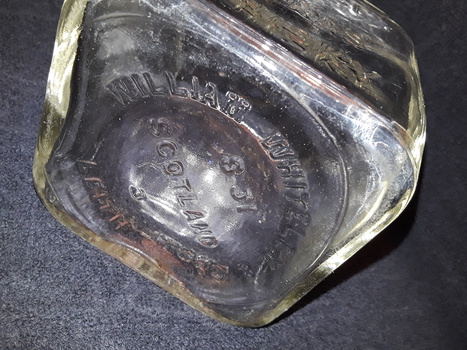 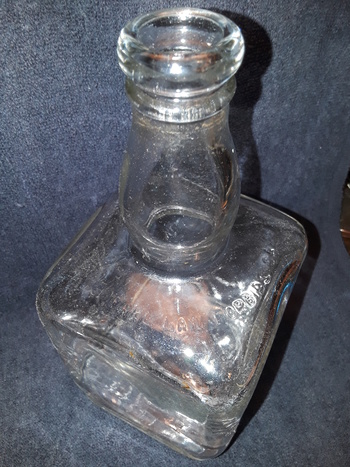 I'll havta rely on all y'all "bottle experts" (which I am *not* one of?!) to help me find out what it really is, but it looks like an elderly Scotch bottle to me. Measuring about 8" tall and 4" square, it has lettering on one side reading "HOUSE OF LORDS WHISKY" and "WILLIAM WHITELEY LEITH SCOTLAND" on the other. Lettering in a circle around its neck reads "FEDERAL LAW FORBIDS SALE OR RE-USE OF THIS BOTTLE" which suggests to me that it has some extra age to it...? Its underside reads "WILLIAM WHITELEY & Co LEITH SCOTLAND" also with "S 31" & "3" on there. All the lettering is molded (?) 'raised' to its surfaces.

A cursory Google glance just now also suggests that the distillery might very well be still 'in business' today but, quite frankly, I've never been a "Scotch" whisky person (preferring Kentucky bourbon instead) so I really don't know about that either...?? ;-) :-)

COMMENTS/SUGGESTIONS/ETC are WELCOMED, should anybody really be able to tell me anything more about it?!! :-) :-) :-)