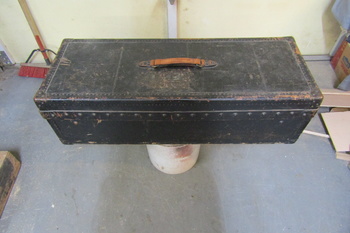 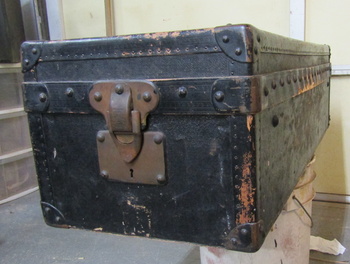 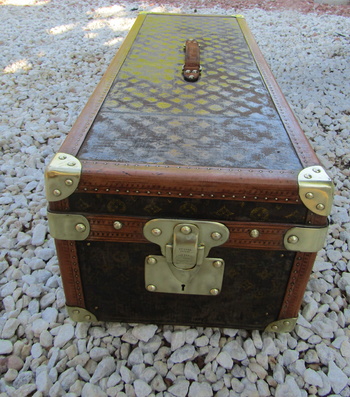 When I was asked if I could remove a coat of thick black paint from a very rare Louis Vuitton special edition trunk, I said "Of course! I can!", Sort of a stupid response when you really haven't a clue on how to approach such a problem. Nonetheless, I decided to help. The trunk dates to the early 1900's and was built to house (now get this...) a complete set of the encyclopedia Britannica! Those mallatiers are certainly creative in finding just about anything to build a trunk around. So...I guess I could have dipped it into an acid bath. THAT would have removed the paint. Or I could have used a belt sander, that might have worked too. The idea, however, was to not completely destroy the trunk. So at it I went. And after trying an assortment of treatments, I came up with what you see in the photos. Anyone have an idea on how the paint was removed?