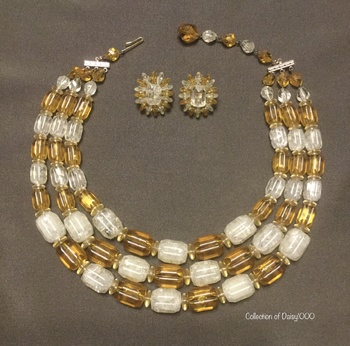 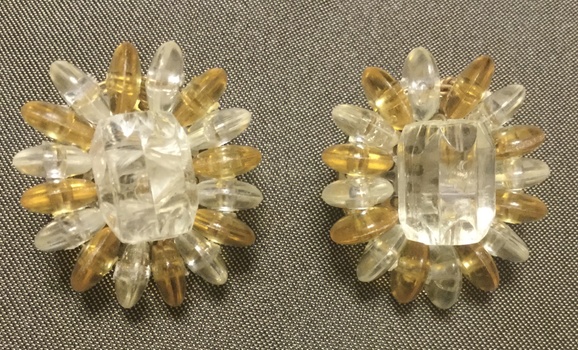 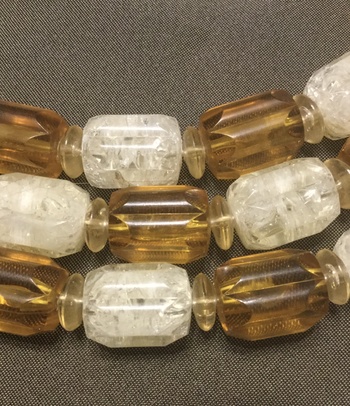 This is one of the more significant historical necklace sets I own. It is an almost immediate post-WWII set.

Calgary can be thought somewhat of a choice location for such as this set. When Rommel’s Afrikaners we’re defeated by the Allied Forces in WWII, one of the places they were held until war end was in southern Alberta ... CFB Suffield. Wouldn’t you love to be able to walk that ground, see the ruins — if any remain. I would. No one allowed, except military, for all time. Many of the men/prisoners held in southeastern Alberta did not return to Germany after the conflict ended; but brought their girlfriends and wives to Canada ... and lived their lives here in Alberta.

Plastic was all the rage after WWII. The technologies that had been used in the fight were transformed to use in peace time ... and that use included for such luxury goods as jewellery.

The necklace is marked “Western Germany.” The matching earrings, are not marked. The set was discovered in an antique store in Calgary in 2018. It is in gorgeous Mint condition.