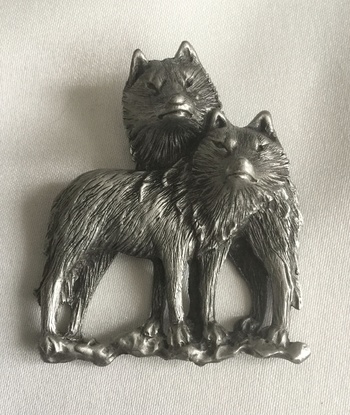 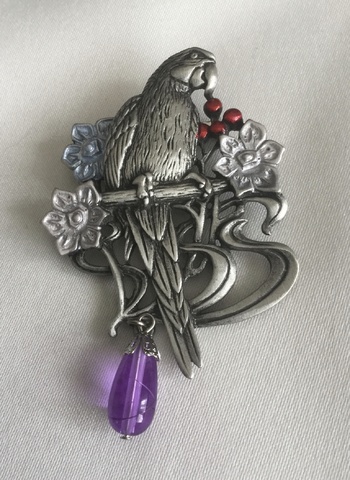 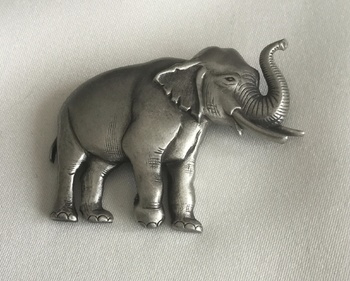 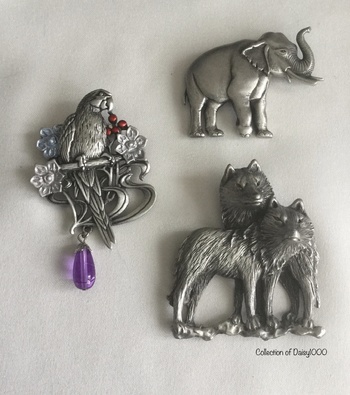 Jonette Jewelry Company, which branded its pieces JJ in later years, was in business from 1935 - 2006. The founder was Abraham Lisker, who originally named his company The Providence Jewelry Company ... and later, Lisker & Lisker. After World War II, the company rethought its designs and became Jonette Jewelry — often colloquially known by its branding initials JJ.

The company was famous for its detailed whimsical animals and themes. Yet, it’s prolific production included other items.

I like to think Jonette animal brooches can be sorted into type groupings. The three pewter-coloured animals included here seem almost Representational. The designer was attempting (somewhat) to create a true viewing of the animal — be it a wolf, parrot, or elephant. All of these three brooches are marked JJ.