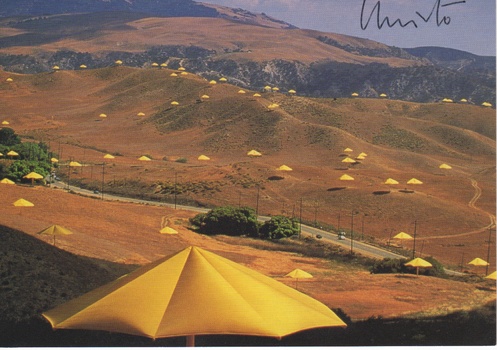 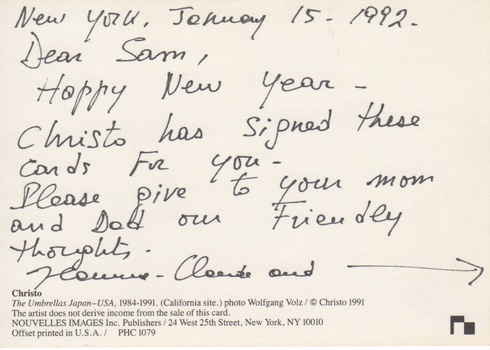 Heard the news that Christo passed today. I met him once, back in 1991, when I was the editor of a story for Angeles magazine about his then-upcoming Umbrellas project in Tejon Pass along I-5. The project was still in the planning and construction stages, so the article's writer, Jeff Book, and I drove from LA to Gorman to meet Christo, who was in town to check on the progress of site selection and the myriad other details that came with this $26-million project in the US and Japan. We drove around the hills in a 4-wheel drive, mostly on dirt roads, looking at potential locations for the Umbrellas, often getting out of the car to hike to various spots.

By October of that year, the Umbrellas were opened. Naturally, our family went up to see them, including our 4-year-old son, Sam, who was impressed enough to want to send Christo a crayon drawing he did of the Umbrellas. Christo's wife and collaborator, Jeanne-Claude, who had arranged our meeting with Christo, responded with an envelope of signed postcards for Sam. This is one of them. 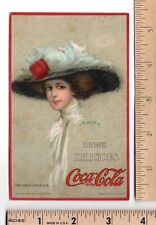 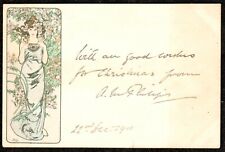